Auto-tune For Guitar is here

NAMM is here and there will be many announcements. Some will be worth the time it takes to read them, and others…

One thing that has already been announced, but worth a shout out is the new Auto-Tune for Guitar. 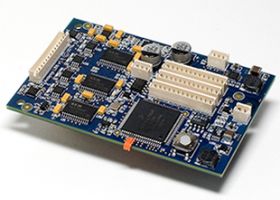 No it’s not a plug-in, but it’s from Antares and it utilizes some of the technology and know-how that have gone into the creation of Auto-tune and its subsequent iterations.

I was lucky enough to get a demo at the Antares office not long ago and I have to say that it really works. They handed me a guitar that was significantly out of tune and pressed a button on the iPad app that they are using for control and presto - the guitar was in tune. You easily set up and jump to alternate tunings using MIDI. The iPad app is rudimentary, but will be refined before the first one hits the market

There are some things to get used to: For example (and I have this same complaint about the Variax) when you use a drop D or Drop C tuning you don’t get the twang that one would normally hear when a guitar is tuned that way. Also, anyone that has jumbo frets is going to have to get used to the G-string being in perfect tune wherever it is fretted.

Now that the algorithms to alter the pitch are running fast enough it will only be a matter of time (and creativity on the part of players) before we are hearing some really unusual and hitherto unheard music from the guitar. The first one in a store is not far into the future as they have just announced alliances with Peavey and Parker.

Is the Cher effect for Guitar around the corner?