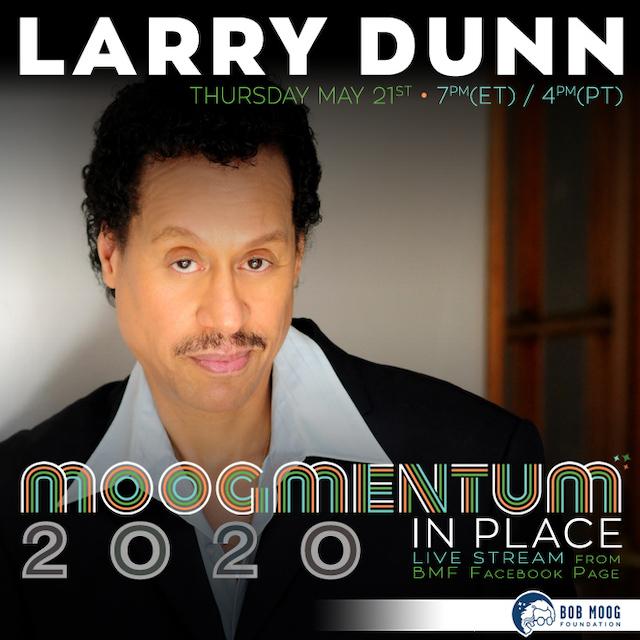 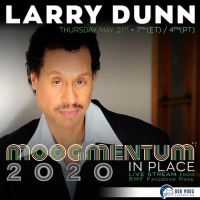 The Bob Moog Foundation has announced that former Earth, Wind & Fire keyboardist Larry Dunn will live stream from the Foundation's Facebook page on Thursday, May 21st, at 7pm (ET) 4pm (PT) as part of the Foundation's Moogmentum in Place, a series of live stream events celebrating Bob Moog's birthday and the one year anniversary of the Moogseum, both of which fall on May 23rd. Dunn will be delving into his longtime use of the Minimoog, both playing, and discussing his experiences with industry insider Jerry Kovarsky, as well as taking questions from the audience.

With his soulful keyboard playing, arranging and composing, Larry Dunn helped transform Earth, Wind & Fire into one of the all-time most successful R&B bands in the world, with sales of more than 100 million albums worldwide, 7 Grammys, 13 Grammy nominations, 4 American Music Awards, 32 Gold & Platinum/Multi-Platinum records and albums, a star on Hollywood's Walk of Fame, induction into the Rock and Roll Hall of Fame (2000) and Songwriters Hall of Fame (2010), the Grammy Lifetime Achievement Award (2016), recipients of the Smithsonian Museum's "Portrait of a Nation Prize" and Kennedy Center Honors (2019). 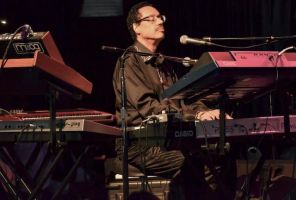 In addition to playing organ, synthesizer, piano and clavinet with the group from 1972 until 1983, Dunn held the position and handled the responsibilities of the band's Musical Director, and was one of the group's main composers. Dunn's major creative influence can be heard in such Earth, Wind, & Fire classics as "Shining Star," "Spirit," 'Be Ever Wonderful," "Runnin'," "See The Light, ", "Let Me Talk," "And Love Goes On," "Jupiter, ' and his personal favorite, the arrangement he and Maurice White created for the Beatles classic "Got to Get You Into My Life."

Larry Dunn is a giant, gifted talent and a musical legend. The music he has helped create has brought joy and inspiration to generations of musicians and music enthusiasts. We are deeply honored to have him live streaming to benefit the important work of the Bob Moog Foundation.

I have been playing Moog since 1972 at 18 years old and it changed my entire musical life. Robert Moog was an undeniable GENIUS.