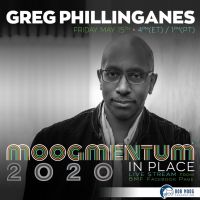 The Bob Moog Foundation has announced that keyboardist Greg Phillinganes will be appearing live as part of the Foundation's Moogmentum In Place series of fundraising livestream events. Phillinganes will be performing at the piano, relating stories from his long career, and sharing his insights about Bob Moog and his work. The livestream event will take place on the Foundation's Facebook page on Friday, May 15th, at 7pm (ET) / 4pm (PT).

It's an incredible honor to have Greg appear in support of our work, and the legacy we represent. His talents and his vast accomplishments are extraordinary and speak to the depths of his musicianship. He is an inspiration to so many in the worldwide music community. Bob would be deeply touched.

Greg is an ASCAP Pop Award Winner for the song "Love Will Conquer All," which he co-wrote with Lionel Richie, as well as a GRAMMY nominee. He has been a cornerstone in hundreds of GRAMMY Award-winning and nominated albums, including Stevie Wonder's "Songs In The Key Of Life," Quincy Jones' "Back On The Block," and Michael Jackson's "Thriller." Phillinganes was also a member of the GRAMMY Award-winning supergroup Toto from 2003 to 2008, and is featured on their album and live DVD entitled "Falling In Between." 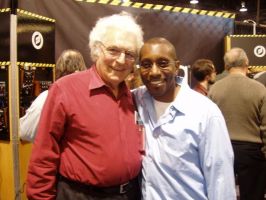 Bob Moog's contribution to modern music is undeniable and I am so honored to have had the opportunity to thank him in person. I'm also greatly pleased with the work and direction that Michelle Moog-Koussa is doing in moving her father's legacy forward with the Bob Moog Foundation, of which I am a proud contributor. Synthesizers have been in my musical lexicon since the first time I experienced Stevie Wonder's 'Music Of My Mind' album in 1972. One of the standout keyboards from that record was of course, the Minimoog, and from then to this very moment, I can't imagine music without that unforgettable sound.