Here's my DIY recording booth! Too bad I didn't record a video of the process. It would've been a job anyway because we made many changes as we went along... . It made a huge difference for my home recording life. It's really a vocal booth but big enough for a Guitar, Flute, Violin ... type of instrument as well. My mics used to pick up a lot of noise (neighbors, cars, birds, lawnmoers...) and even crickets at night. Now I can record any time without having to worry about any of those things. The noise coming from the outside is so faint that none of my condenser mics are able to pick them up

How much it cost? Between 3k-4k range. I didn't take my time to look for sales or cheaper alternatives. I pretty much bought what I liked. I'm pretty sure this can be done with half that budget. 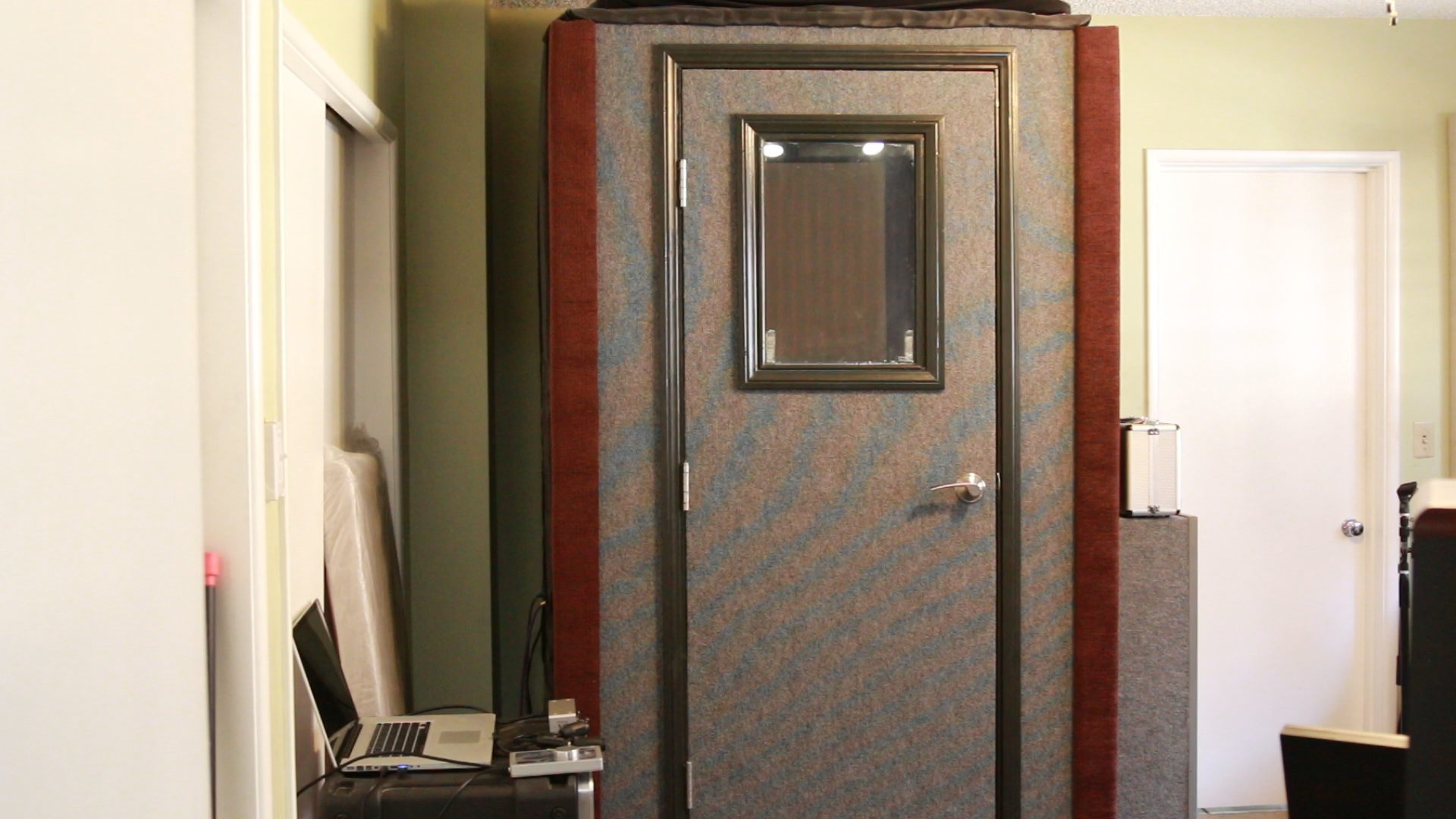 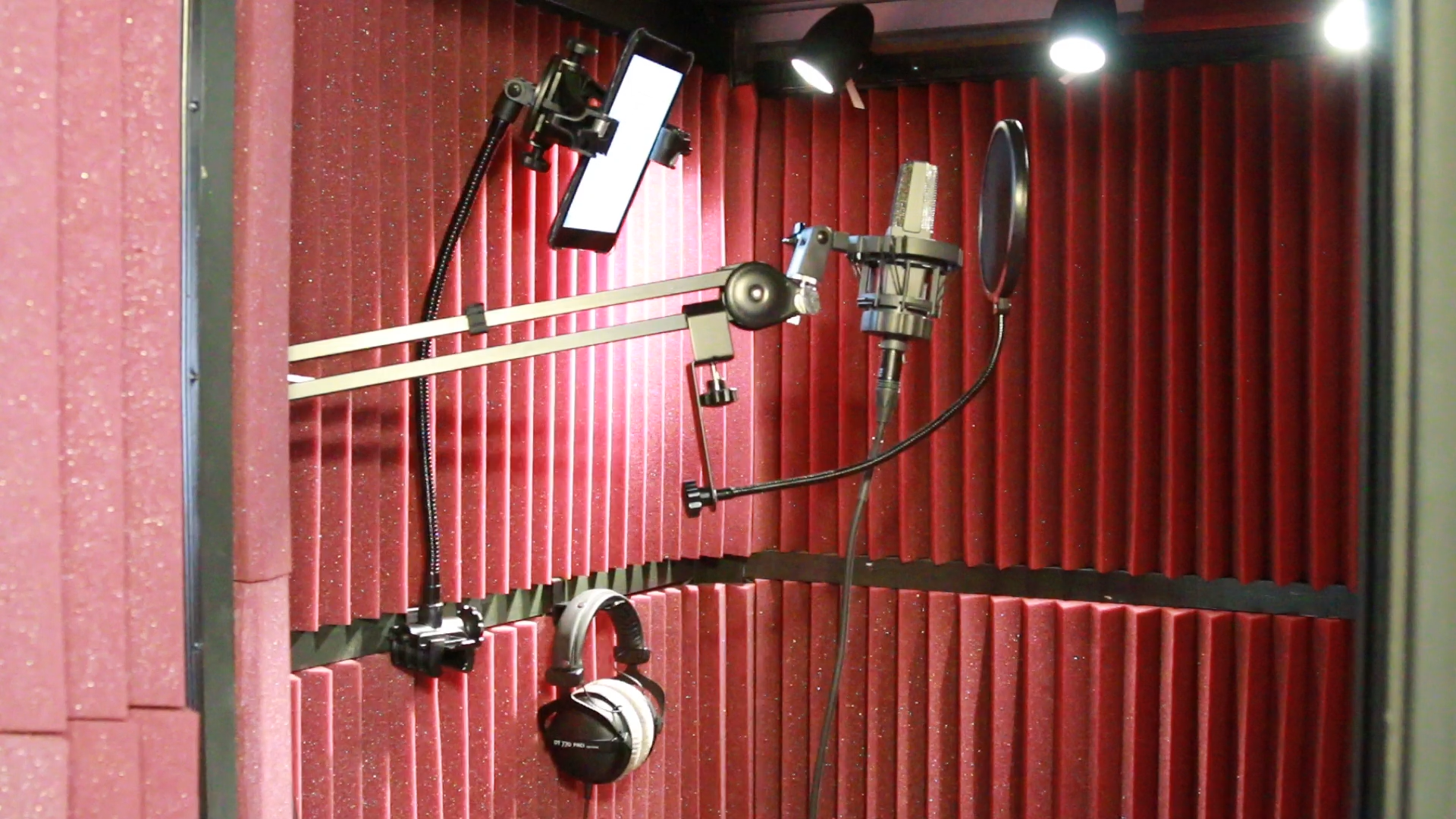 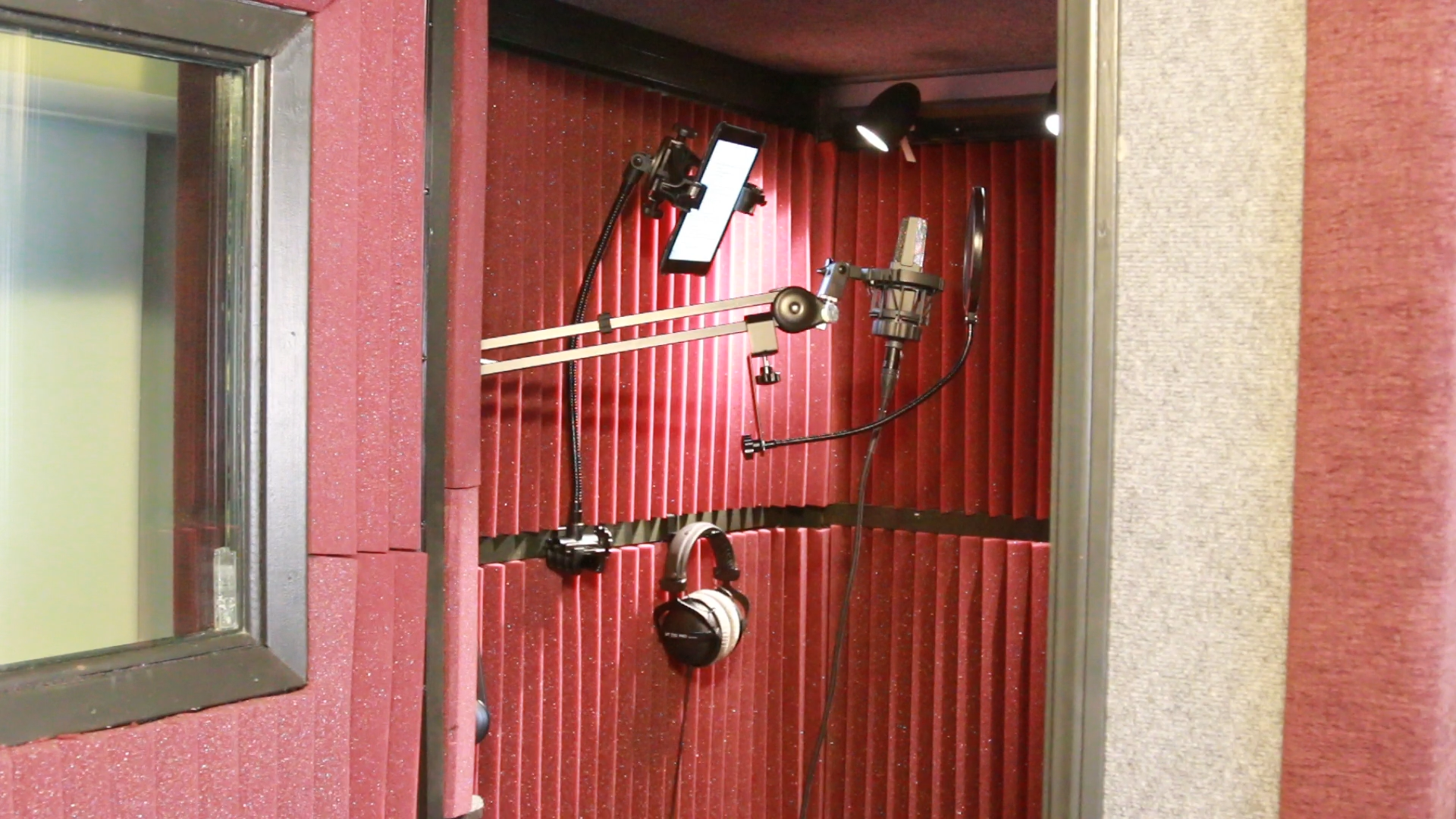 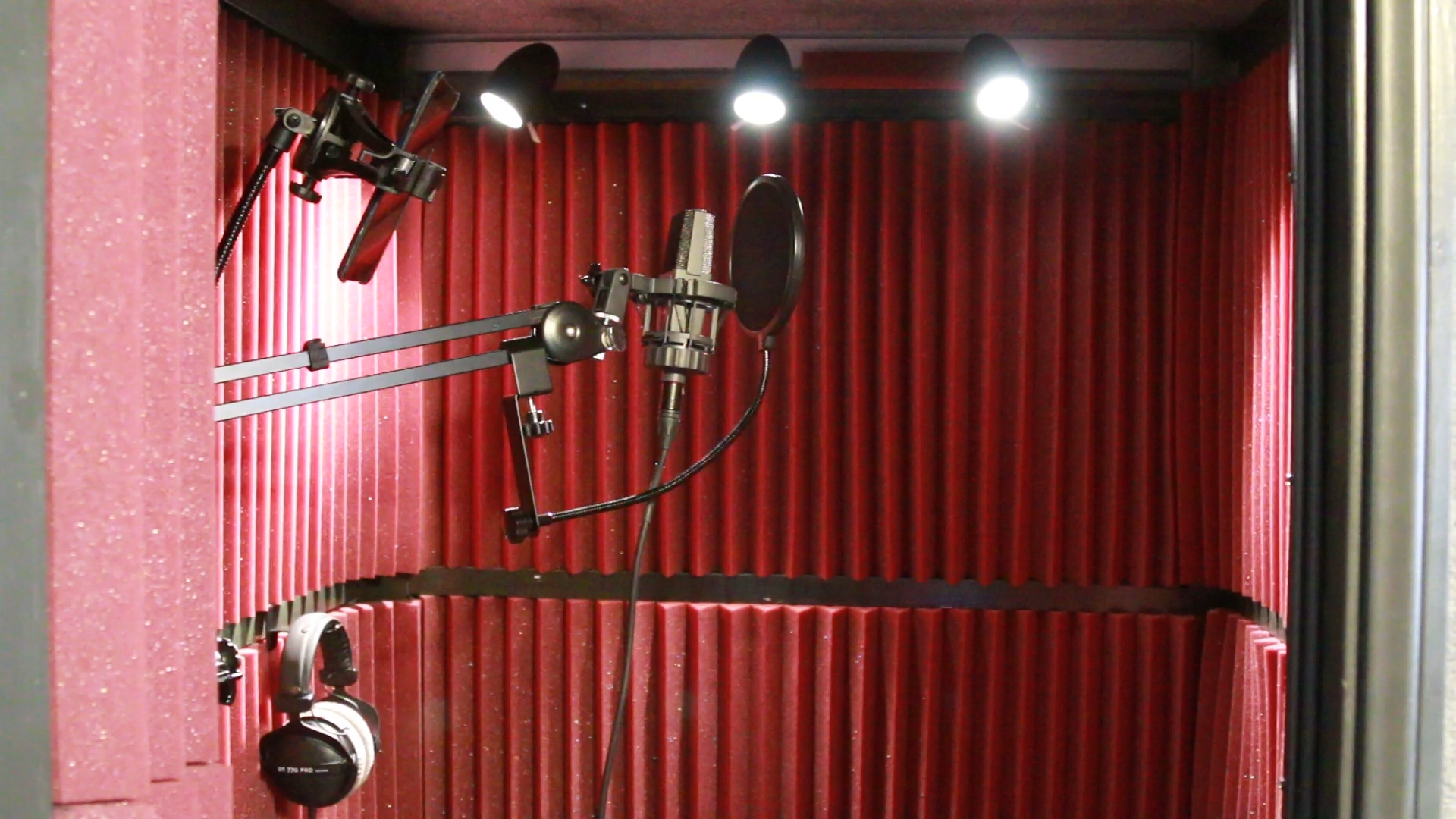 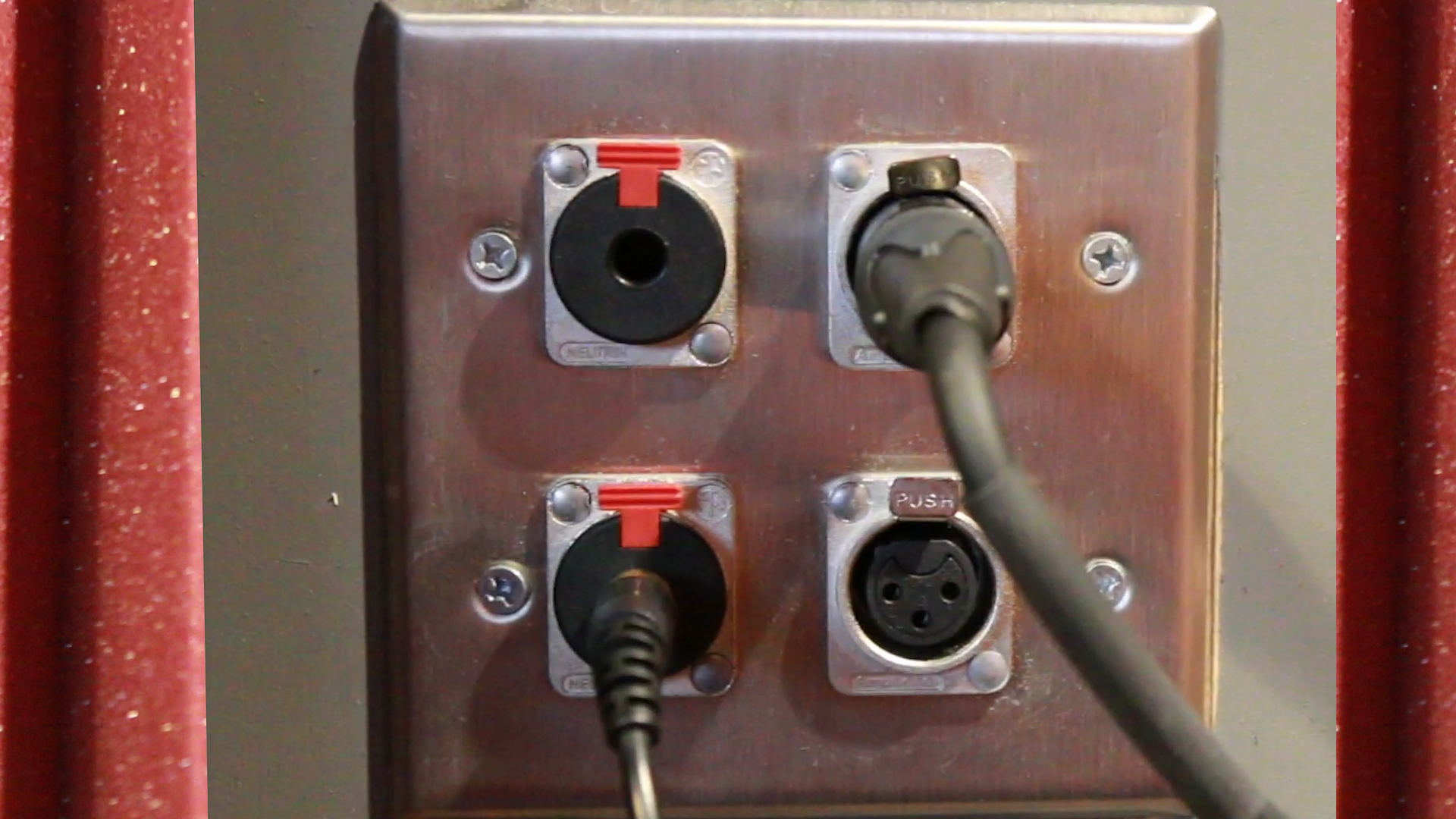 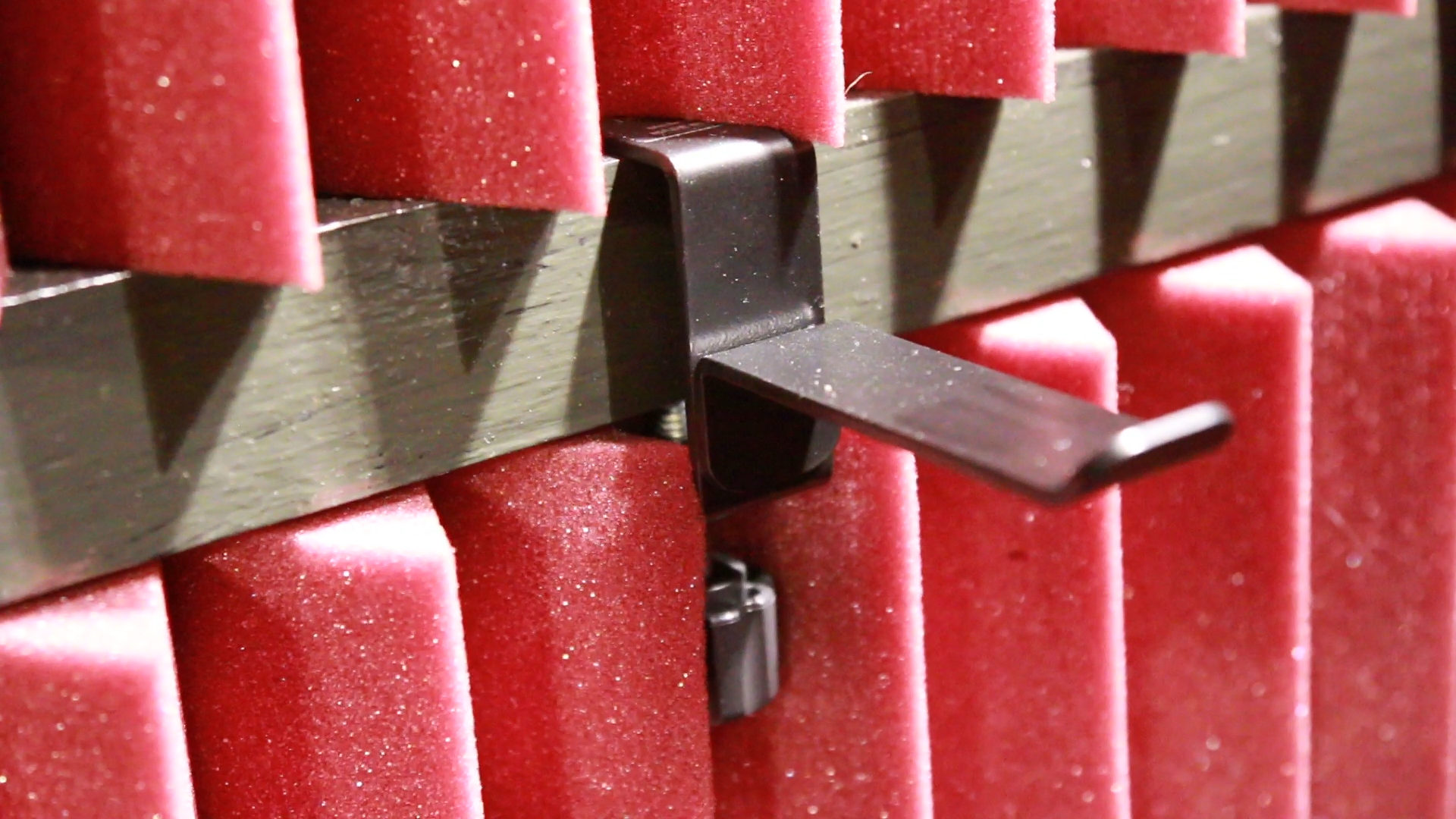 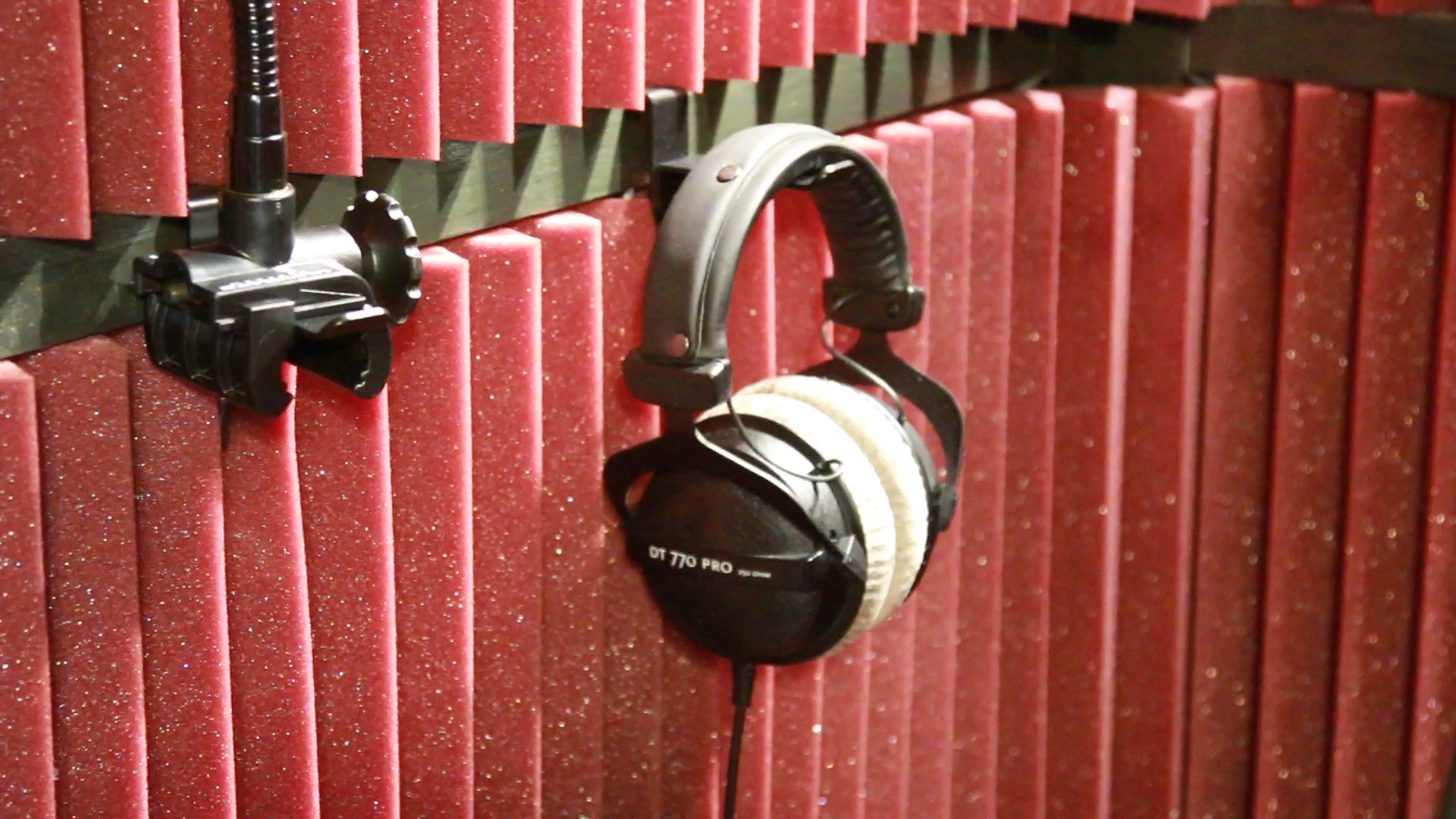 Jace-BeOS
KVRAF
5862 posts since 7 Jan, 2005 from Corporate States of America

Is it on wheels/raised off the floor?

I've wanted a booth... around my bed ever since moving to this awful row house...
- dysamoria.com
my music @ SoundCloud
Top

Congrats, looks pretty damn professional.
"The bearer of this signature is a genuine and authorised pope."
Top

Impressive stuff. I'm going to bookmark this for the future when/if I get a studio. Right now I just have a bedroom.

Not a pro, so I have no experience with this stuff. What do you think of those small screen things that wrap around your mic that aim to be a vocal booth? How you treating the ceiling-reflections though?
Top

meldavid wrote:Not a pro, so I have no experience with this stuff. What do you think of those small screen things that wrap around your mic that aim to be a vocal booth?

I have one of those. When I first bought it, I had been recording voiceovers for a work video, and the room that everything was in was not good. It was about 3m x 3m, so small and very square. When recording myself speaking into the condenser mic, there was a very metallic, clangy sound on the vocals from the room.

On a pure voiceover track, it was a very noticeable, and not something you can just "bury in the mix". Using a screen massively reduced the amount of clang in the recordings. Not to the extent that it will ever come close to replacing a good booth, but enough to make a huge difference in the quality of the voiceover, especially after compressing it for that "video broadcast" sound.

My non-scientific and non-professional impression is that it does a very good job of preventing the mic from picking up reflections coming straight back from the wall you are singing at. Obviously it doesn't do anything for the floor/ceiling etc.

I wouldn't see it as the be-all-and-end-all of solutions for room issues. But if you don't have a big wad of change to drop on a vocal booth or whatever, it might make a big difference in the right circumstances.

Given the choice, I'd swap mine for In The Mix's booth in a heartbeat. PM me if interested...

That looks great. Congratulations. Is it designed to be pulled apart if you had to move houses / locations?
www.dotbmusic.ca
Top

A thick layer of padded material. The ceiling reflection is hardly a problem for this booth.

Scotty wrote:That looks great. Congratulations. Is it designed to be pulled apart if you had to move houses / locations?

Yes! In fact that's the reason why I built this. I used to have a garage turned into a very nice recording studio. When the time came to sell the house, the first thing I was told was to make it look like a garage again! I knew I was going to sell the new property, so didn't waste any money into doing structural modifications...hence the vocal booth. It has paid for itself like 4 times over already . I moved to a new house 2 years ago and I was able to reassemble with no problems. You need two people for the job...

sjm wrote:.. Not to the extent that it will ever come close to replacing a good booth, but enough to make a huge difference in the quality of the voiceover, especially after compressing it for that "video broadcast" sound....)

That's totally true! There is going to be a 'noticeable' difference between recording in a miserable room and using something like this in that same room. It does make a difference!

In my case I had to use a booth. It was impossible for me to schedule anything with confidence. I learned how to work with it and I enjoy it a lot. Small booths have disadvantages associated with them of course. In my case the list of advantages far outweigh the disadvantages.

Congrats on finishing the project.

Not to be difficult, you clearly put a lot of love into this, but that padding doesn't look nearly thick enough to stop reflections. With the walls so close to the talent, how is the sound in that booth? I would expect that there's still a lot of unwanted room verb in there.

> What do you think of those small screen things that wrap around your mic
I played around a fair bit with this kind of stuff when setting up my home recording room. The answer to most products and questions is "they don't do quite enough". In terms of padding, unless you are using some really expensive and high-end stuff (and even then) basically you need several inches thick of any type of material to actually block sound, otherwise you are just taking off a bit of the top end.

But these small products do something. And if you get smart about it you can get just enough out of them to make a difference. My rules for a cheap room:

1. Have as much space as possible from any wall/flat surface. The longer sound has to travel to bounce, the more it drops in intensity on its own.
2. Use a directional mic so its focused on the talent. Then heavily pad the space BEHIND the talent, where most of the unwanted waves that get picked up would be coming from.
3. Pad behind the mic (like the mic wrap-around thing). This starts filtering the talent voice at the source before it goes bouncing into the room. You are only taking maybe 20% off the top and middle, but that already helps reduce how much spills and bounces around. It also starts to break the direction, with the power still bouncing around the room but that reflected voice sounds less like unwanted reverb and more like general bg noise.
4. Have sound-breaking objects in the room. Carpet, couch, bookshelves, anything that stands in the way of sound traveling unimpeded. Also padded stuff like pillows and blankets can absorb parts of the sound taking it out of the room.

My room:
After trying multiple things, playing with sound padding, etc, I have something that works for me and it is pretty simple (if not a bit ugly):
- Place the talent 4-5 feet away from a wall, towards the center of the room
- Put a sizeable sound pad behind the mic (in front of the talent)
- Queen mattress box, upright against the wall behind the talent, with a thick comforter covering the mattress box

So my talent has a sound pad in front that reduces sound by about 20%, and a mattress box + comforter behind that reduces sound by about 65%. Between the 2 I end up with a good signal into a directional mic. The room is also carpeted, and for bonus points I can put more 2x4 ft soft sound pads around the room to mute it even more, but its not really needed with a directional mic.

If you want to consider something like this, you don't need to get fancy with a mattress box. Just stack 2 thick comforters and hang them somehow on the wall behind the talent. That alone makes a huge difference, more than the soft sound pads, because the comforter is absorbing sounds more than just reflecting it.
Top

What I think of the small screen that wraps around the mic? If you mean the pop filter? Honestly, I couldn't do without. The amount of the plosive sounds makes my recordings useless. This also makes the singer not to get too close to the mic. It just works for me.

Below that foam, I have a thick layer of sound absorbent material to reduce the sound bouncing around. It's practically impossible to record anything vocal outside that booth during the day. I live close to an airport...

Not a pro, so I have no experience with this stuff. What do you think of those small screen things that wrap around your mic that aim to be a vocal booth?

I have heard mixed things about those mic surrounds, and they only really work for something directional like vocals.

One cheap way to get a reasonable booth is to make one by hanging heavy blankets. It's not perfect, but you can avoid most of the background noise and reflections in your recording space. Best thing about trying it out with blankets is that you can try various permutations without making something permanent.
Top
20 posts