After making my bat detector I decided to try something more ambitious for my next Raspberry Pi project - so I designed and built a 6-voice polyphonic synth, the ArcSyn-0. 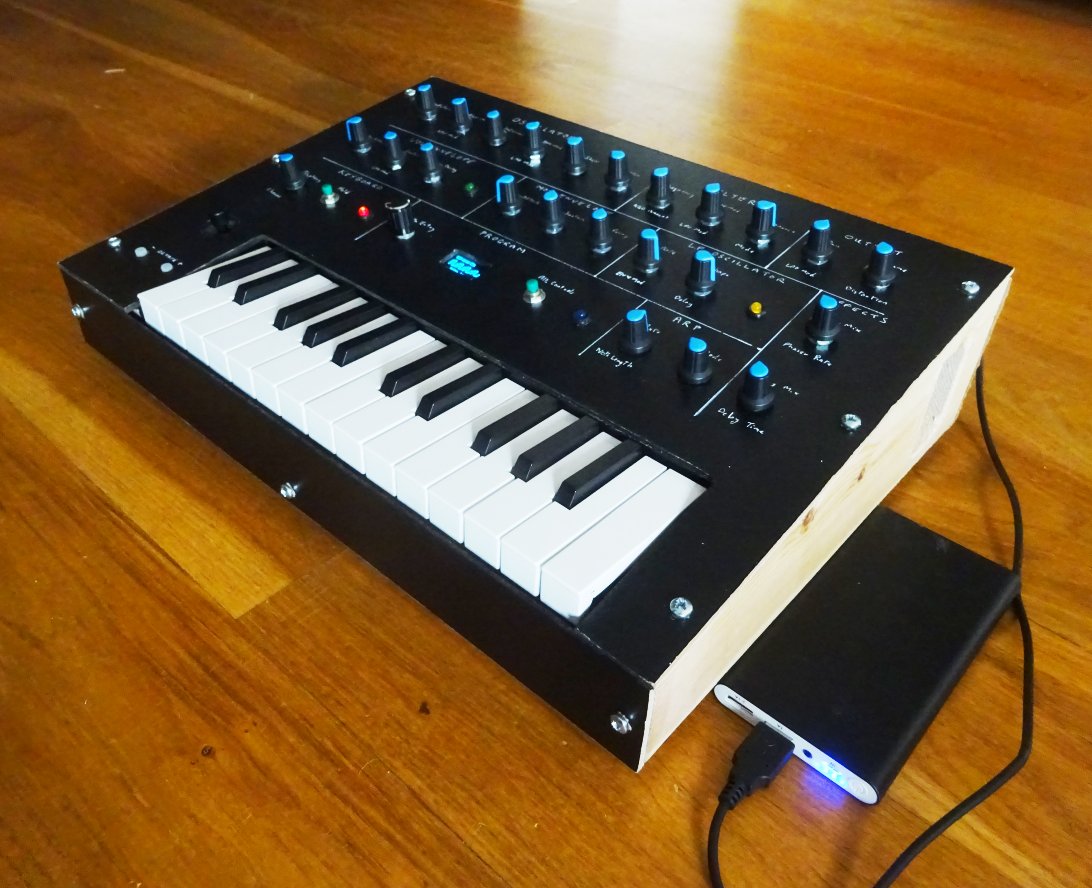 It was great fun to design and build, and sounds nice too - IMHO

First couple of recordings:
Sequence1.mp3 - A Berlin-school-inspired piece based around an arpeggiated sequence, consisting of seven tracks recorded and mixed in Audacity. A bit rough around the edges, but it shows some of what the synth can do.

Undulations.mp3 - I used the looping envelope generator as a kind of sequencer, and set it going with 4 notes played at fairly long intervals - then twiddled knobs for 15 minutes! It's a kind of relaxing, hypnotic piece.

Very impressive - I wish I had the skills (i.e.patience to learn how) to code.

Do you make your code available? or should we wait for the Behringer clone

Thanks Knockman - I wish I had your woodworking and UI skills! Out of interest, what do you use for the lettering on your projects, for example your Hougaku Conductor mod?

I don't think the code in my synth is in a fit state for public consumption, so we'd better wait for the clones to materialise

But if anyone has specific questions about the code then I'd be happy to answer.
Soundcloud
Bandcamp
Top

I have two methods for lettering - inkjet printer decals which are fiddly but look better if enough care is taken to get them aligned, or printing the whole panel on paper and adhering it to the enclosure - this works best for dark backgrounds and light lettering such as the Hougaku Conductor but you need to take care since the paper can expand, easily tear when using water based glues. I've started using a contact adhesive.
In both cases, I spray them with a matte acrylic lacquer but the decals can react to the lacquer and bleed so it's best to seal them beforehand.
The upshot of all this is making the enclosures takes longer than anything else.
youtube
Top

Thanks knockman, that's useful information. I wasn't aware of that inkjet-printable decal paper, I'll have to get myself a few sheets. Definitely agree that making enclosures is a time-consuming business!
Soundcloud
Bandcamp
Top
5 posts • Page 1 of 1