This year PreSonus is celebrating 25 years of making products for the Pro Audio and Musical Instruments markets. No small achievement that, and no company stays in business that long without relationships. Even a company that is on the leading edge of computer audio technologies must then step back and listen to the advice of their customers, and there is no substitute for an understanding of the language of music, and actually using the products you make.

Since its founding in 1995, PreSonus has steadily built a family of hardware and software products around their particular vision of a fully integrated system for recording and live performance. At the center of this universe is their Studio One DAW. The system design is the work of many talented people, but especially of co-founder Jim Odom, who currently serves as PreSonus' Chief Technical Officer.

A deep knowledge of the needs of recording professionals born of personal experience doesn't hurt either. Jim still exercises his musicianship, sometimes at the New Orleans Jazz Fest. Between picking guitar, and his role of CTO at PreSonus, Jim took the time to sit for an interview.

You went to Berklee and you're a musician, but do you also have an engineering background? 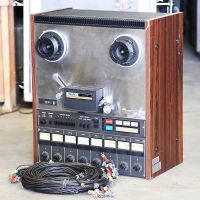 Both audio engineering and computer engineering background. I started recording music when I was in my teens because I had built a studio in a barn, in Baton Rouge, Louisiana. Basically we had a Tascam 80-8 tape deck and a couple of different consoles. 80-8 was a ½" analog 8 track recorder with DBX noise reduction. I joined a band and we signed to RCA Records, so I got to start working in some big rooms at fairly young age. After that, I toured and did that whole thing. When I was 25, I decided I didn't want to tour anymore and went back to college, but this time I went for a computer engineering degree from LSU.

You started with engineering recordings, and then learned engineering products. What's different that you learned about yourself since then that led you to where you are today? 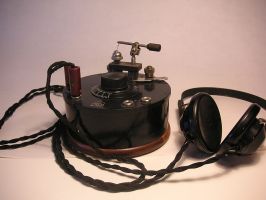 It goes back to when I was a kid, I guess. I had a guitar that my mom gave me when I was eleven, and I had wired it to my turntable's preamp because I didn't have an amplifier, so somehow or another those two things fit together. I built a crystal radio in one room, and the next room I'd be playing guitar with my buddies through a stereo I'd turned into an amplifier. Those things always went together in my brain. Technology and music seemed to merge over and over and over again. And I still feel the same way. I'll see technologies come and go, and think, 'what can we make with that?'.

And, you've now been in business for 25 years. How did PreSonus start?

It was 1995, our first NAMM show, in a little 10x10 booth in Hall E, and we had our first product - the DCP-8 eight-channel processor. Each channel had compression, gating, automated faders (VCAs), mutes, and all under digital control. So, you'd basically insert that into your insert points on a Mackie mixer, or big console or whatever, and you'd use something like Opcode Vision or Logic to automate mutes and fades, compression moves, things like that, because everything was on a different digital controller.

And it communicated over...?

MIDI. And you could stack eight of them together for 64 channels of automation, all over MIDI, and switch entire scenes in milliseconds—no pops or clicks. It was all digital control of analog processing. That was our first product, and it was ambitious.

What did you do with software for that product?

The software was bare metal in 8051 assembly language. You know the old X86 style coding, and the other side of it was templates for DAWs, and MIDI and SysX controls, things like that. It was really simple programming.

So we did that, and about two years after that, we made our first rack of preamps, which was designed by us and Jenson Transformer—it was called the M80. That came out, and shortly thereafter, the guys at DigiDesign asked us if we could make something that had converters to go along with the original DigiDesign Sound Tools box. So, we did that, and we called it the DigiMax, which was eight channels of 96K conversion.

And they distributed it?

No, it was our product, they just wanted it in the market because their customers were asking, so we made the first one. So, now that we had digital audio coming in and out, the next logical step for us was to make an interface. That became the FIREStation with mLAN, which was followed up really quickly by a product called the FirePod, which was a nice FireWire product that worked great.

And you started the hockey stick growth path at that point... 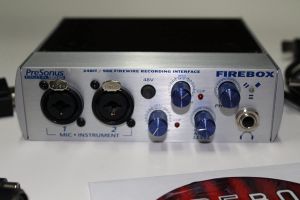 With FirePod, yes. And the FireBox was right after it; a little 6-input box that was FireWire and plugged straight into the new Mac laptop. That was the history of how we started making interfaces.

And being an early FireWire adopter was no doubt part of the reason for that success...

Yes, that helped a lot. It also helped to fund the startup of Studio One.

You had been in business for eight or nine years at that point, so you could take advantage of what you had learned. What did Bob Tudor mean to you, and to PreSonus? 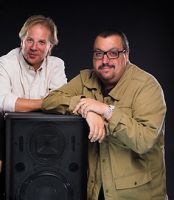 I met Bob at a NAMM show one year and we immediately became fast friends because we had both gone to Berklee and we knew a lot of the same people. He came by our booth looking at the FirePod asking, "How did you do that without me?" He started Sane Wave, which we used for some of the early audio engine design for the mixers we were developing. Bob later became an employee at PreSonus.

Your Studio One DAW is very well integrated with your hardware. How much of its success is the result of your early hardware customers who now want to get software? How much of it is people that started with your software and now can buy integrated hardware? And how many people are buying the complete solution at the same time? 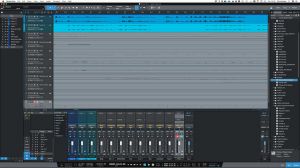 I think the answer to that is yes, yes, and yes. It's all combined. Every one of those entry points to the platform are important. All of our hardware is bundled with very simple versions, but it gets people accustomed to using it. If you like it, you can move on up.

We're getting more and more wins in the professional community, and it's important that those people are loving it, because we get a lot of ideas from them, and they talk to each other, like, "Hey, I'm working in Studio One and you should too." I think that's how DAWs become popular.

Acquiring Notion was also a huge step. What drove you to do that? Was it because "I read music, so therefore..." 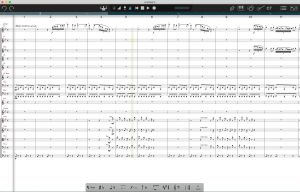 We benefited a lot from the investment made by the original founders of Notion. They made a lot of great choices in the development, and the engineers that they hired. We were just fortunate to be there when the original investors and owners were ready to move on. We inherited a product that was very well developed. It does stuff that no other notation software does, and of course our goal long term is to have it fully integrated with our entire ecosystem of products. Notion for iPad has been in the top 10 products for music apps in the app store for Apple for years, so that gives us another entry point.

And it is a differentiator too, that you can move files back and forth between things.

Yes, you just open up your iPad and get to work on something and pop it back into your desktop and keep working on it, and pull it up in Studio One and have it play back for you and add instruments to it.

Did you learn to read music before you went to Berklee or after?

I've been playing jazz since I was 15. I was lucky, and I had some really good band directors in high school. They were good players. Back in the New Orleans, Baton Rouge area at that time, there were a lot of amazing jazz teachers because they taught and then they would gig. It's a lifestyle. My senior year in high school, I won a scholarship from Downbeat magazine for jazz guitar. They paid for my first semester at Berklee.

Belated congratulations on that. Who do you admire? Players?

On the rock side, I am a huge fan of Jeff Beck. You know, I could sit and listen to him all day and just try to get anything close to what he could do. Everything he plays, he plays with so much intensity. Not that he plays hard or fast. One note... he can play one note with so much passion.

I do know what you mean.

With Jazz, Pat Metheny was one of my biggest influences. I fell in love with his playing when I was at Berklee. He would play this tiny little hole in the wall with his brother Mike playing trumpet. Because the club was small I could get very close and I would walk away so inspired. I would go and practice for like, six days, 24/7.

Much better to be inspired then intimidated.

I was inspired to play more and more, every time I heard him play. Such a fun time. 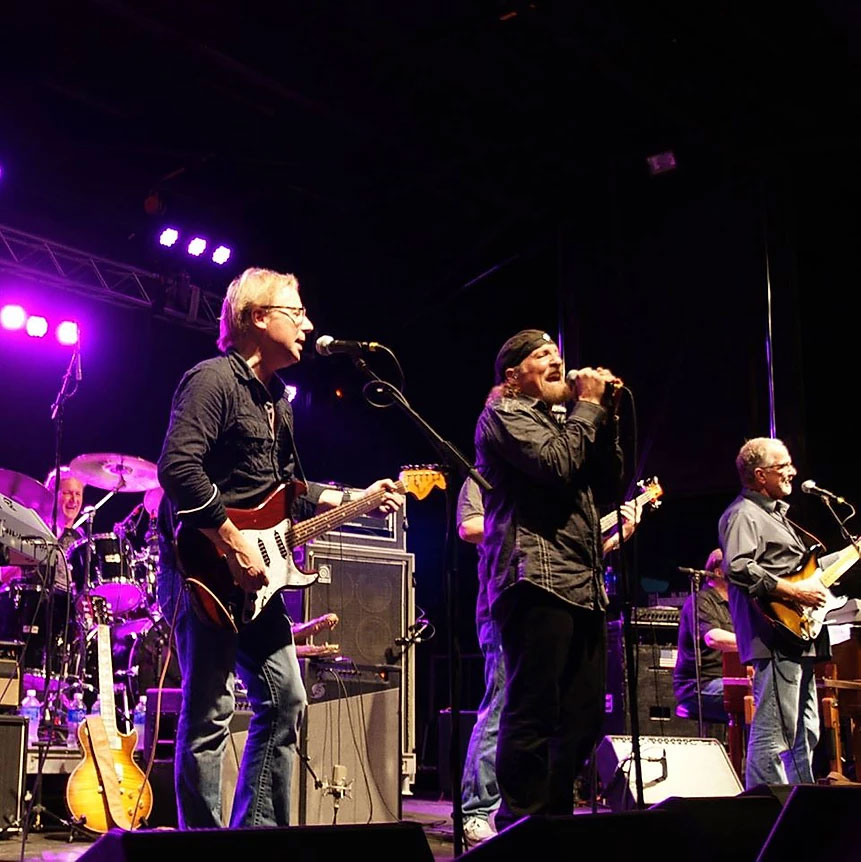 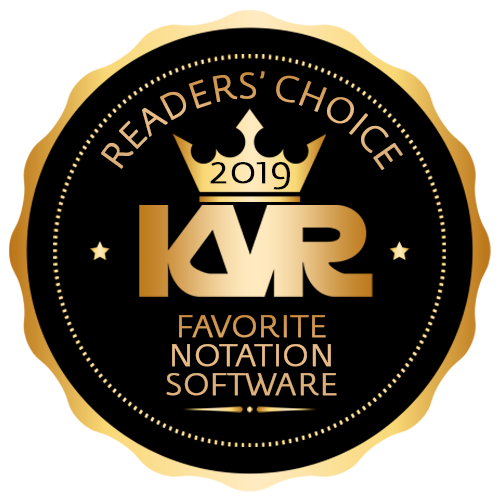