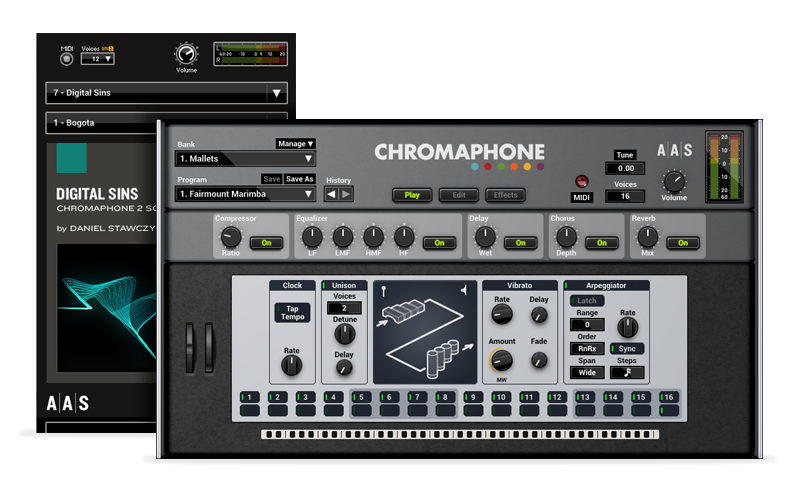 Daniel Stawczyk dropped Digital Sins and everything stopped. We found ourselves enthralled in an altered universe where Chromaphone 2 acted as a classic digital synthesizer. The 144 presets definitely gave us a retro-futuristic vibe. We discovered focused, bright, metallic, and percussive sounds that we considered truly distinctive. It felt a bit unusual considering the intrinsic acoustic grain of Chromaphone 2. And we didn't suspect we could indulge so much of the digital aesthetics with it. The excursion was a real treat.

Poland based Daniel Stawczyk aka Status is a sound designer collaborating with numerous software instrument developers and has released over 30 nicely received sound sets. Let alone hundreds of presets for factory sound banks released along with the premieres of several instruments worldwide.