Masala 2 String Studio VS-3 My KVR 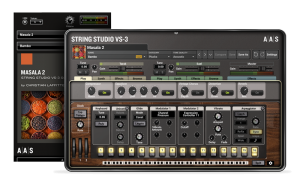 Following up on the highly flavorful Masala, resident sound designer Christian Laffitte cooks up a second collection of 100 spicy, unique, and delicious new sounds exploring the full capabilities of String Studio VS-3. At its core, Masala 2 imparts the feel of playing a genuine instrument with tremendous organic authenticity. With colors ranging from the very roots of the human race to downright obscure and experimental, the enigmatic Masala 2 heats up any music endeavor. Excite your palette with hot, tangy, and uncommon sounds from around the globe and beyond to fulfill your craving for originality.

Customers who like Masala 2 String Studio VS-3 also viewed...