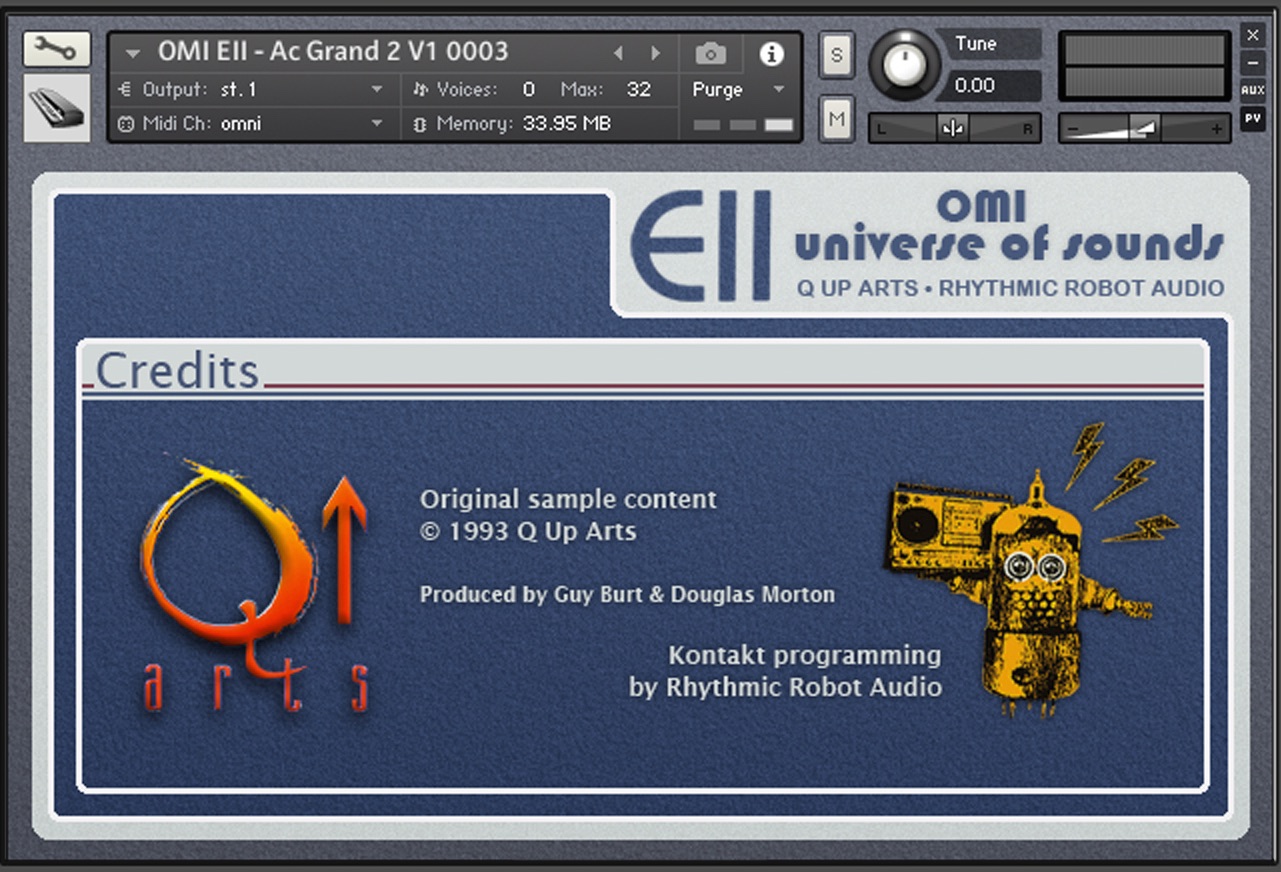 Tron, Star Trek, Field of Dreams, Hunt for Red October, Short Circuit, Peter Gabriel and many more features and installations.
"I had the honor of knowing most of the folks at Emu Systems starting with my Space Mountain live show at Disneyland back in the summer of 1977.
I still own every digital sampling synth E-mu Systems ever manufactured. I have very special memories when I think back to the EII period.
It was science and technology at it's best and became the dawn of creating a new emerging sample recording community.
The E-mu EII libraries were the first to implement cd.rom connectivity, innovate many keyboard sampling techniques and captured some of the highest quality recordings ever heard.
I'm so excited to use the new EII library on my future projects. Thanks my ole Emu friends at Q Up Arts for reincarnating all that great EII archival work for the world and I to have once again."

Paul Haslinger
Film & TV Composer -
Halt and Catch Fire, Underworld, Death Race.
"When the OMI Universe of Sound library for the Emulator II was first released in 1986, it was a game changer for many musicians, including myself.
These sounds have lost none of their vibe and magic. I am grateful to Q Up Arts and Rhythmic Robot for making them available in this new Kontakt Instrument."

Jay-Z, The Luniz, Alexander Oneal, Tony Toni Tone, Swing Out Sister, Ashanti, P-Diddy, LL Cool J,
Jessica Simpson, En Vogue, Raphael Saadiq, Coca Cola, Fox, TLC, BET & ABC
"I started producing records in 1984, when sampling was just starting. I was lucky enough to get my hands on an Emu Emulator II a couple of years later.
That keyboard was a real gem. The thing that really changed my life as a producer was the sound library. I made lots of hits with the Universe Of Sounds..
I lost the library in a studio move many years ago but Thanks to Q Up Arts, I was able to get those sounds back in all their authentic vintage glory. Thanks Q Up."

For years I have been searching for high-quality Emulator II samples. Here they are. Q Up and Rhythmic Robot have provided excellent customer support after my purchase. This product has exceeded my expectations.

The quality of the samples here is amazing. A huge library of sounds is included here, each conveniently set out as a Kontakt instrument with an extremely simple user interface. Various effects are included and easily accessible from the front panel. The Emulator II came out in 1984 and was featured on very many famous recordings from that decade – at the time it must have seemed incredible to have an instrument capable of producing these amazing sampled sounds, although at $8,000 for the entry-level model, it's price was still out of reach for most musicians. These are originally 8-bit samples, so it's astonishing to me how realistic many of them sound, and when they're in the mix with some judicious use of effects, they stand up to scrutiny 30-odd years later.

Q Up and Rhythmic Robot have done a fantastic job in sampling this sound library in forensic detail. I'm only just finding my away around the library – it will keep me occupied for a long time to come. Given the amount of effort involved, the pricing is very reasonable. It will serve you well whether you want to re-create the spirit of the '80s or find a place for these sounds in the most up-to-date electronic productions.

I am really impressed with this Library, in fact I emailed the team to congratulate them after the first 10 minutes of browsing the banks. The sound is deep and weighty. I had some of the library with my EMU samplers and Q Up Arts and RR have done the legacy proud. The interface is pleasing on the eye and straight to the point, kind of "you know you want to use me":)

More products by Q Up Arts...