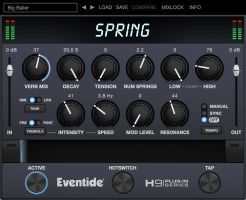 Eventide plug-ins do not yet offer native M1 support.

In My Cart!H9 Plug-in Series Bundle
Bundle by Eventide$499.00