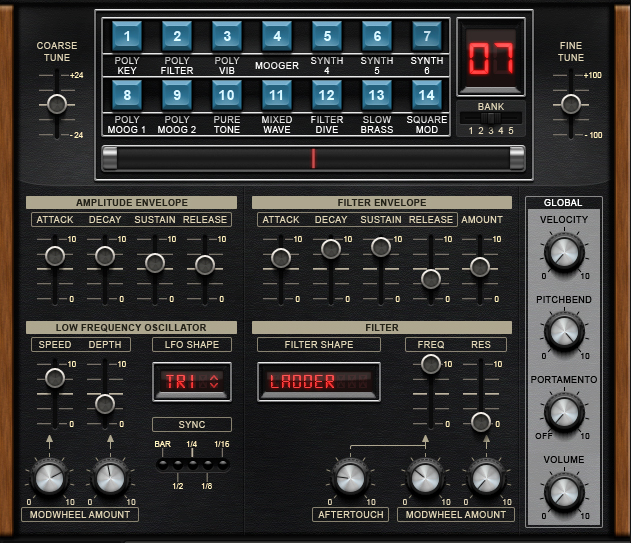 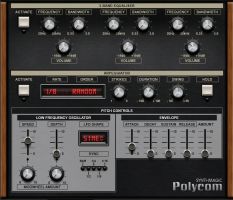 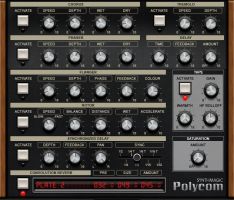 Polymoog 203a for Kontakt 5.2.1 or higher (full version of Kontakt is required, will not work with the free player except in demo mode).

Just under 7GB of Polymoog 280a and 203a samples in this library (compressed to 3.5GB using NI's lossless compression) - All streamed from hard drive for small memory foot print.

The Polymoog 203a is a classic synthesiser used by the likes of Gary Numan, Gary Wright, Wendy Carlos, Chick Corea, Jimmy Destri of Blondie, Geoff Downes of Buggles and Asia, Freeez, Ralf Hütter of Kraftwerk, John Foxx (Metamatic album) and many more.

The Polymoog 203a is the fully programmable version of the Polymoog.

All the classic 203a tones are here including the raw basic saw and square waveforms as well as a wide range of custom sounds programmed on real 203a and sampled. All sounds are loaded at the same time and selected from the front panel buttons/bank dial.

The original Zom Zom (Preset polymoog 280a with Vox Humana) sounds are also included and selectable from this new interface. Polycom also comes with the original ZOM ZOM Kontakt instrument, so you get both.

A huge resource of Polymoog sounds that will add the great, programmable Polymoog (203a) and preset Polymoog (280a) sound to any productions.

Customers who like Synth Magic Polycom + Zom Zom Polymoog 280a + 203a for Kontakt 5 also viewed...