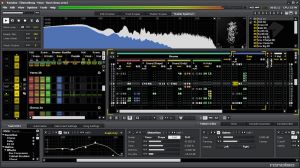 Registered users can download their personal copies from the Renoise Backstage. Demo versions are available at renoise.com/demo

New features in 2.8 include:

For a complete rundown of the new features, have a look at the Renoise 2.8 launch page: renoise.com/release-notes/280