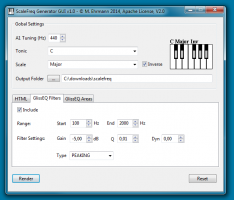 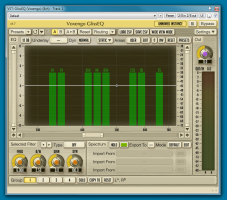 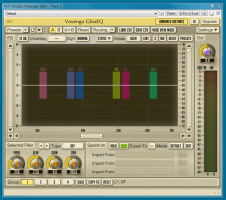 4irmann has released Scalefreq Generator, a tool for rendering frequencies of notes and musical scales into various output formats which can be imported by 3rd party plugins like, for example, Voxengo GlissEQ. It's primarily aimed at mixing and mastering engineers and other musical interested people.

The frequencies of musical scale or non-scale notes (inverse) are important in mixing and mastering situations. For example, non-scale frequencies are often attenuated using an EQ.

Currently the following plugins are included:

Price: Free. It requires a Java Runtime Environment so should run anywhere one is available.