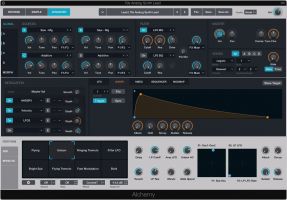 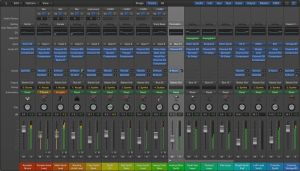 Apple has announced the release of v10.2 of Logic Pro X and v3.2 of MainStage, featuring many changes, the most interesting being the inclusion of the Alchemy sample manipulation synthesizer (from the Camel Audio acquisition).

Introduction of Alchemy: A new sample manipulation synthesizer that includes the following:

New features and enhancements in the version of Alchemy introduced in Logic Pro X 10.2

The version of the software synthesizer Alchemy introduced in Logic Pro X 10.2 and MainStage 3.2 is a significant update to the Alchemy 1.5 version previously distributed by Camel Audio. The following is a list of the primary changes.

This update includes various fixes to enhance stability and reliability, including, but not limited to the following.

Introduction of Alchemy (see listing above for features).

Additional new features in MainStage 3.2 include the following: