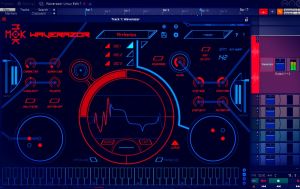 Media Overkill (MOK) has released version 1.0.4 of the Waverazor synthesizer.

The update includes the following features and fixes:

MOK have been working hard preparing to unveil the full Patch Editor feature at Winter NAMM this month in Anaheim. Although version 1.0.4 is not the editor release, this will likely be the last update before the Editor version when Waverazor's introductory sale pricing ends. At that time, the price will increase from $75 to $150 USD, but anyone who has already purchased Waverazor will get the Editor update for free.

This is a free update for all Waverazor customers.