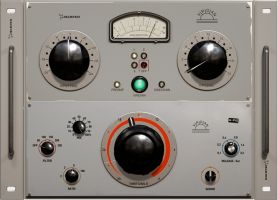 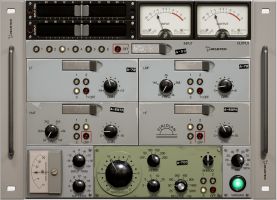 Acustica Audio has released Viridian, a plugin suite based on iconic '60s and '70s units.

Viridian aims to bring you the tone of some of the world's most exclusive British solid-state vintage studio gear, used on countless records that wrote the history of music. Acustica Audio also included a powerful modern reissue of a coveted FET studio compressor, revered by studio engineers from all over the world. Plus, for some authentic tube fairy dust, they added a hyper-rare German console from the early '60s.

It's equipped with 6 preamps, 3 compressor models and 3 equalisers with full band interaction.

Specifically, this suite includes emulations of the following gear:

There is an introductory/pre-sale price of €169.15 (15% off) during the first 4 weeks of this release or until a final version is released. After this period the price will be €199.