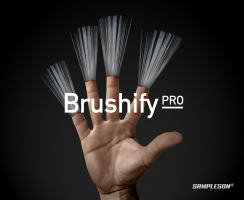 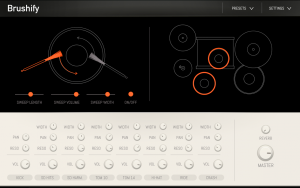 Sampleson has announced the release of Brushify Pro, a brushed drum kit created to allow the user to reproduce pro drummers techniques with your fingers.

Based on advanced scripting and built upon sampling + modeling techniques, Brushify Pro features a dedicated keyboard layout to allow the user to recreate brushed drums playing techniques on any keyboard or MIDI/pad controller. It was played on a Yamaha Electric Piano Keyboard and an Akai MPK Mini controller. No drums we programmed, just played live and some quantization applied later.

Sampleson designed a new way to play brushed drums on keyboards/pads by mixing sweeps and hits in a responsive and intuitive way. Most of Sampleson's team are keyboardists and programmers. No drummers at all. This is why they did Brushify Pro. The keyboard/pad minded layout will allow you to do things only a drummer was allowed to, until today.

Available on Sampleson.com for an introductory price of $39.