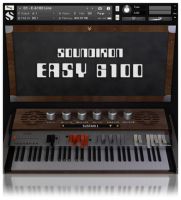 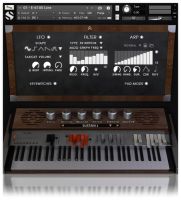 Soundiron has announced the release of Easy 6100, the newest addition to their series of vintage synthesizers from all around the world. This library is built for the full version of Kontakt 5.5 or later.

We captured this Italian beaut in all of it's colorful glory with a wide pair of microphones and direct line in for tonal options. This 61-key rarity features Bass, Special, and Normal voice sections as well as vibrato for the Special voices. After that, we manipulated the source content into 30 evolving atmospheric drones and textural pads to add another dimension to your tracks.