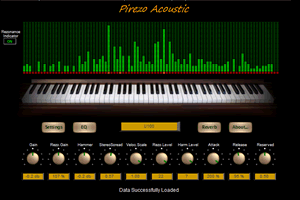 Pirezo Acoustic functions as a VST instrument plug-in on Windows. A beta trial version is available for download. Pricing and release date for the final version have not yet been announced.