Superior Drummer 2.0 is a complete overhaul of the original dfh Superior engine but Toontrack have made painstakingly sure to lose nothing of the sound quality, attention to detail and musicality that has made the Toontrack Music drum sampler line what it is. 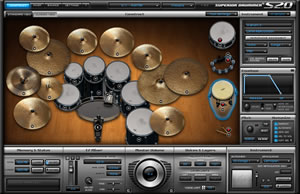 Superior Drummer 2.0 has been re-developed for optimized use with e-drums with more effective use of sample layers and much improved loading times. It includes custom MIDI played by Nir Z accessed through the all new customized MIDI engine and arranger - EZplayer pro; it features stand-alone capacity through Toontrack solo.

The new interface is reminiscent of EZdrummer with its simple handling and layout but gives its user layer upon layer of in depth features to create the ultimate drum track.

The all new construction window offers features such as: 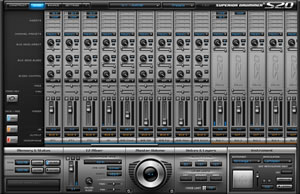 Vol. 2
The second release, Vol.2 of the "New York Studio Legacy Series", is planned for Q1 2009 and will complement these recordings with sessions from the legendary Hit Factory and Allaire studios in New York city and upstate New York.