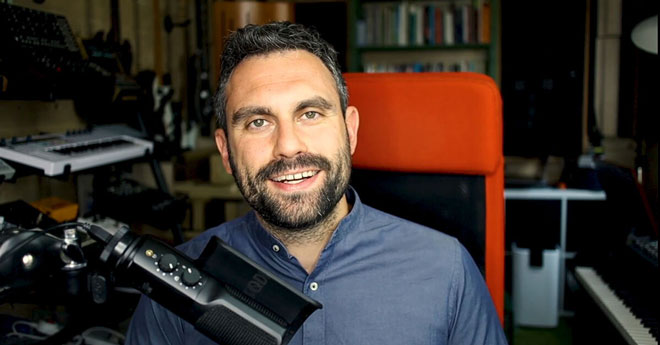 Composer & sound designer Alessandro Mastroianni (Prodigal, Gone Nine Months, Travestía, 65North) shows us five ways to create unique sounds fast using Concept 2. In five short videos Alessandro takes us through some of his favourite features. He'll share some helpful tips so you can get the most out Concept 2. Enough of the intro, over to Alessandro...

1. Personalising your synth sound with our Granular Oscillator.

The very first thing that I want to show you is the brand new granular engine. I'll show you how to take a pretty simple, one note, kalimba recording, and transform it to get a beautiful, organic, but somehow glitchy pad. It sounds great. We 'll make a very organic pad out of what was originally a lead synth sound.

2. Getting inspiration and variation quickly with Tweak It.

Next thing that I want to talk to you about is the Tweak It module, the Tweak It module is a module that lets you randomise a bunch of parameters all at the same time. You can get infinite variations out of the same sound. You can also open it up and you will see all the parameters that have been modulated. But the cool thing is that you can just simply drag and drop a bunch more, and see what you get.

A really cool way to get these really glitchy sounds. I love it. Let me show you what I mean in this video.

Another brand new feature of Concept 2 is the Advanced Shape modulator. It's a really great way to create motion in an otherwise pretty static sound and to create very advanced rhythmical modulations very fast. Let me show you how it works.

4. Using you own Impulse Responses with Convolution Reverb.

Yet again, another way to grab a preset and make it completely unique just by adding your own sounds.

Finally, the audio input module. Audio input has been one of the great features of Concept and is still present in Concept 2 and is still one of my favourite ways to make music driven modulations.

It sounds really great and most importantly, super fast. It is really a easy and fast way to create something that if you were like creating automation in a DAW would take you hours of work. And this is two clicks away. I'll show you how it works.

Explore Concept 2 and other sound design software from Krotos.

Find Concept 2 in the KVR Marketplace