accSone has announced the release of crusherX-Mac! v1.51, the first public (non-beta) release. 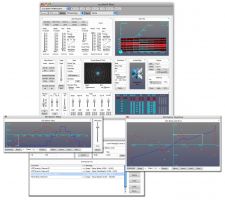 An overall multi-dimensional morphing system morphs the sound between each parameter changes (e.g. on bank loading, on undo/redo). This creates clouds of sweeping, shifting and graining sounds. The morph time can be in the range of 1msec up to 1 hour.