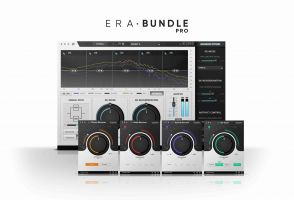 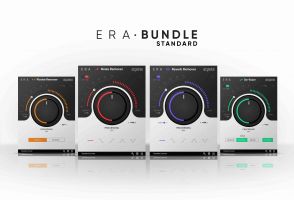 Accusonus has released the Enhancement and Repair of Audio (ERA) Bundle, a collection of multi-patented audio repair plugins that offer both fast and high-quality processing. With this release, accusonus update their ERA Noise Remover (former ERA-N) and Reverb Remover (former ERA-R) plugins.

In addition, accusonus release the ERA De-Esser that automatically detects and reduces excessive sibilance with the turn of a simple dial and the ERA Plosive Remover the single-knob tool that instantly fixes unnatural plosive thumps (such as "p", "t" and "b").

ERA-D, the joint de-noise and de-reverberation plugin for post-production professionals is also updated, offering features such as the dual microphone workflow and the spectral band processing.