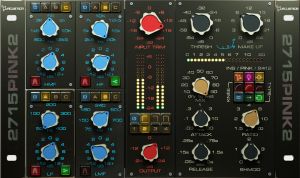 Acustica Audio has released Pink2, a VST/AAX/AU plug-in bundle which is based around a collection of well known late '60s American gear that is still built to this day.

Pink2 is a bundle consisting of 6 different plug-ins:

With 5 different EQ models, a flexible single-band and multiband compressors and a collection of preamps (circuit distortion emulations), this is one of the most complete suites offered by Acustica.

Core 12 allows performance improvements for each plug-in of the Acqua Effects series, while at the same time preserving all the features already supported in previous CORE upgrades.