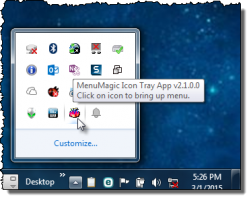 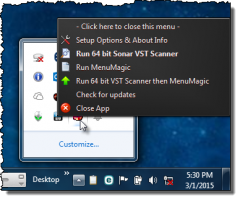 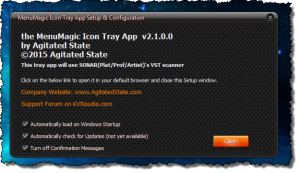 Agitated State has released version 1.9.8.0 of MenuMagic, the plug-in management toolbox specially designed to work with Cakewalk's Sonar DAW. Its toolset enables a user to not only analyze and fix plug-in issues but to organize their plug-ins (VST, VST3, DX, 32-bit, 64-bit) into menus quickly and easily and assign those menu to key areas within Sonar.

Price: $49.95. The update is free to registered users. Buy MenuMagic now to receive the latest version of MenuMagic, get access to beta versions and receive a free upgrade to version 2 when it is released.

For more information on MenuMagic please check out www.AgitatedState.com or their forum here at KVR.