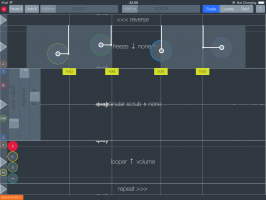 alex.nadzharov has announced that soundfruuze, the experimental live sampler / granular effect / looper for iPad, has been updated to version 1.2 offering many new features: