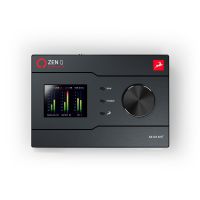 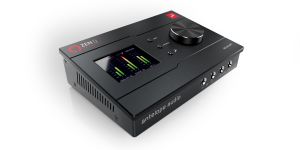 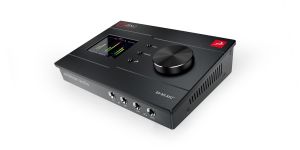 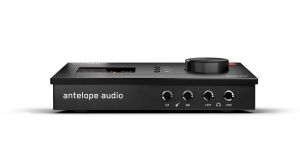 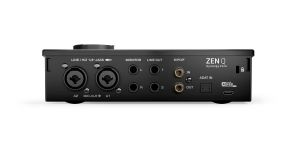 Zen Q Synergy Core's connectivity centers around two Combo XLR jacks with switchable modes to toggle between the discrete console-grade preamps, LINE level, or HiZ, while the front panel provides two switchable line/Hi-Z inputs — G1 and G2 — for added flexibility. For monitoring, there is a stereo MONITOR output and a separate LINE OUT pairing to connect another set of studio monitors or external outboard gear, both backed by a mastering-grade D/A converter. There is also a separate DAC for the HP1 and HP2 (independent headphone) outputs. A simple desktop setup can easily be transformed into a multichannel configuration, thanks to the SPDIF IN/OUT and ADAT IN connections:

Users of Zen Q Synergy Core can reap the benefits of a USB-C interface with an optimized audio driver for low-latency playback, streaming, and recording paired with onboard software. It allows for seamless control over essential parameters such as signal routing, sub-mixes, and monitoring, while applying Synergy Core effects without overburdening their system — all integral to enhancing workflow at every stage of the production process: