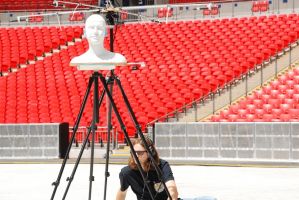 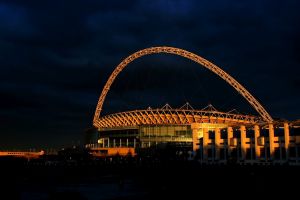 Audio Ease has released a new free Impulse Response of London's Wembley Stadium and updated the Mac version of Altiverb to version 7.0.4.

Audio Ease are kicking off 2012's series of impulse responses with London's Wembley stadium, sampled through the PA of the last Take That Tour, followed next month by the King's Chamber of the Great Pyramid of Giza (Cheops). More material slated for 2012 includes recording sessions from Paris, Antwerp Belgium, Nashville USA, and more exciting recordings from India.

Altiverb 7 users can update for free to Altiverb 7.0.4. This new version can download and install the fresh Wembley impulse response directly from within the plug-in.

Altiverb 7 impulse responses have considerable advantages over Altiverb 6 impulse responses. For one thing, the new IRs contain spectral and temporal data that allows them to be compared to others for Altiverb 7's "show similar sounding IRs" button.

Altiverb 7 is backward compatible with Altiverb 6, so Altiverb 7 loads perfectly in all Altiverb 6 songs and projects.