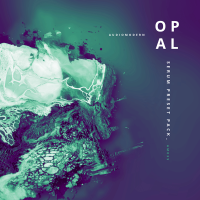 These presets have been carefully crafted and sculpted with the utmost care, making sure each preset has both an impressive sound and an ease of use. Beginners should feel right at home diving into these sounds and advanced users will appreciate the quickness of creating new sounds tailored to their tracks with just the turn of a few controls.

Created by the professional sound designer John Koulouris, this collection of presets is ideal for anyone making Ambient, Chill out, Downtempo, Electronica, Trap, Cinematic, Synth Wave, and any other future genre.

Price: $17 in the KVR Marketplace.

VSTBuzz: 58% off Harvest by Harvest Plugins

VSP Winter Sale: Save 30% on all soundsets for TAL-U-NO-LX