Blue Cat's MB-7 Mixer is a unique plug-in that splits the signal into several frequency bands and lets the user mix them as if they were separate tracks. Each band proposes controls that can usually be found on a mixing console: bypass, mute or solo to isolate frequencies, gain adjustment, "stereoness" (spread) and position in the stereo field (pan). The plug-in also proposes unique linking and grouping options within a single instance, or between several instances, on multiple tracks. It can be used for multiple applications: from mixing to mastering, or audio restoration. Thanks to the comprehensive visual feedback it proposes, the plug-in is also recommended for audio analysis. As an extra, the plug-in has been designed to work in conjunction with the previously released Blue Cat's MB-5 Dynamix plug-in for multiband side chain dynamics processing.

The plug-in can be purchased alone or within the refreshed Blue Cat's Energy Pack and Blue Cat's All Plugins Pack plug-ins bundles. It is also part of the brand new Blue Cat's MB Dynamix Pack that includes the Blue Cat's MB-5 Dynamix plug-in for multiband side chain applications. All these products are available at a special introduction price (up to 22% off) until the end of the month, while existing Blue Cat Audio customers have access to several crossgrade offers. 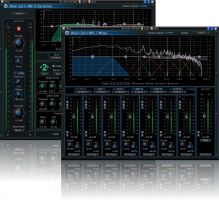 Prices (Special introduction price until the end of the month):