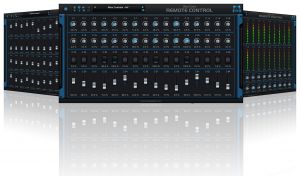 Blue Cat Audio has released Blue Cat's Remote Control 3.0, a new version of their virtual control surface plug-in that can be used to control multiple plug-ins or MIDI-compatible devices from a single user interface.

This new version has a brand new user interface (fully scalable) and adds compatibility with recent systems (including native Apple Silicon). It also brings many new features and improvements (details below), such as new skins with new controls.

The upgrade is free for all existing customers (a link can be found on the full version download page of the plug-in received upon purchase). A special introduction price (25% off the plug-in) is available to new customers until January 9th, 2022, while registered Blue Cat Audio customers are granted an extra discount during the same period. Demo versions are available for download on www.bluecataudio.com, in most popular plug-in formats for Mac and PC.