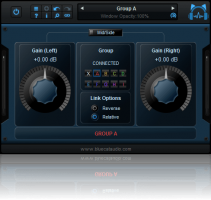 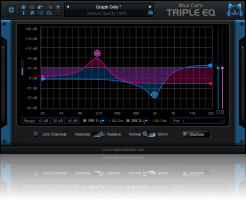 Blue Cat Audio has released an update for the Gain Suite and Triple EQ plug-ins that fix a problem with VST3 introduced with the previous release. It also fixes some automation recording problems for both the VST and VST3 versions.

These free plug-ins are available separately or as part of the "Blue Cat's Freeware Pack" bundle. They are 100% free and do not require any registration, dongle, or mailing list subscription as explained here. They can be downloaded freely on www.bluecataudio.com