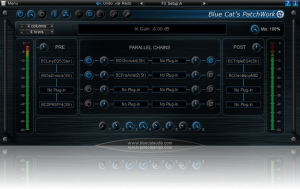 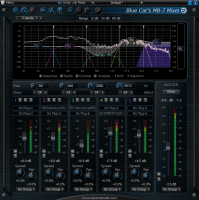 With Blue Cat's PatchWork 1.2, Blue Cat Audio has added flexible MIDI routing capabilities to its "universal plug-ins patch bay": it is now possible to connect hosted plug-ins together or with the host application to send or receive MIDI events. For both plug-ins, this new version also brings the ability to rename plug-ins instances, as well as several performance and compatibility improvements (full list below).

The update is free for existing customers and is available for download from the same page as the initial purchase (link received by email). Demo versions are also available for download on www.bluecataudio.com, in VST, RTAS, AAX, Audio Unit and DirectX formats, for both Mac OS X and Windows (32 and 64-bit).

New for both plug-ins:

Find MB-7 Mixer and PatchWork in the KVR Marketplace