Digital Music Doctor has announced the release of a free update to Cubase 5 - Know it All!, the video training course for Steinberg's Cubase 5. This update covers all of the major new features in Cubase 5.5.

The following areas are covered in this new tutorial:

Cubase 5 - Know It All! contains over 3 hours of interactive videos which cover all major aspects of audio and MIDI recording, editing, mixing, and mastering using the Cubase 5 Digital Audio Workstation. The Quick Start section provides an overview of the editing and mixing functions in Cubase that are common to both MIDI and audio.

There is a comprehensive section on MIDI which explains setting up Cubase to work with Virtual Instruments, Rewire, and hardware MIDI devices as well as recording and editing. The Tools & Techniques section includes tutorials on Surround Sound Mixing and the Score Editor.

Cubase 5 - Know It All! is presented using Adobe Flash and is available in DVD and digital download formats for Microsoft Windows XP/7 and Apple Macintosh OS X for $34.95. 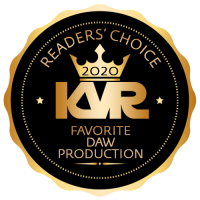