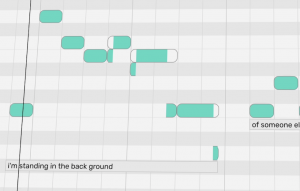 The main rule of the plugin: Each distinct note corresponds with each distinct syllable of lyrics. The voices run on constantly improving, state-of-the-art voice engine technology, and now come equipped with ten presets each (a total of 40 distinct voice options).

Developed by deep-sampling recordings of pro singers, the company hopes to empower musicians with the creativity unlocked from instant access to vocals.

Musicians have been able to recreate just about every instrument other than the human voice with complete accuracy for well over a decade now. Imagine how much creativity could be unlocked if the voice were added to this mix

It inspires me to think that we might be able to democratize the creative power of the voice to all artists, regardless of their recording abilities.

Keela is available for $79 ($99) on intro offer for a limited period of time.