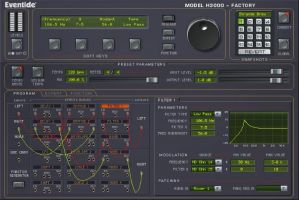 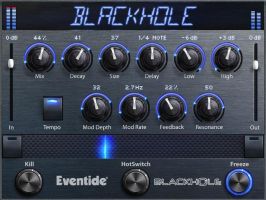 The H3000 Factory Ultra-Harmonizer native plug-in is a powerful harmony plug-in that gives you the sound of the venerable H3000 D/SE. It includes all original presets, plus many new ones, including presets by Richard Devine.

Blackhole is based on Eventide's Space Blackhole effects pedal. It offers a wide range of musical delay effects that you can use on a variety of sources.

Both plug-ins will be released in March for special limited time intro 50%-off pricing of $149 for H3000 and $99 for Blackhole.

Both will be available for Windows and Mac OS X in AU, VST, and AAX plug-in formats.

Find Blackhole and H3000 Factory in the KVR Marketplace