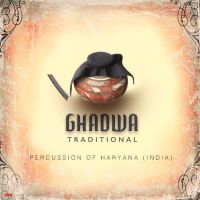 "Ghadwa is a very famous instrument of Haryana & delhi NCR and nearly status. Ghadva is a major contributor to Hariyanavi music. It was made by Kavi Shree Pandit Jagannath bhardwaj samchana Rohtak (Haryana). Due to the impact of Ghadwa in Haryana, other musical instruments could not stay there. There is a unique style of singing in Haryana, it's called Ragani & Ghadwa has a wonderful unique combination with Ragani. The design of the Ghadwa instrument was accidental not in a planned manner. When it was created throughout the month, it became popular in delhi NCR and other nearly states."