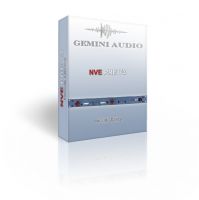 Gemini Audio has released NVE PRE 73, a Preamp Library for Acustica Audio's Nebula3. It's currently available for the introductory price of €4 (normally €5).

Gemini Audio has also updated KultComp Tube, a Tube Distortion Library for Nebula3. It now features the full distortion effect of the original hardware and 44.1kHz programs were added. It's available for €11.

About the original hardware
This library is based on the original, well known and very popular preamp, manufactured by a British company which has "A.M.S." in its name.

Contained programs (Includes SE and HQ versions of each program):