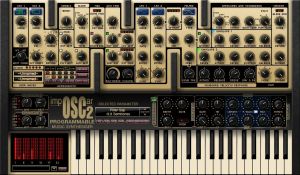 GForce Software has revamped its website and released the Windows VST and stand-alone versions of impOSCar2 to compliment the already released Mac version. They have also released the ChamberTron Expansion Pack for M-Tron Pro.

impOSCar2, the successor to the impOSCar software synthesizer, costs £139.99 and is available directly from the GForce shop. An upgrade from impOSCar to impOSCar2 is £60.

The ChamberTron Expansion Pack for M-Tron Pro, £69.99, is a lovingly prepared collection of highly prized tape-based sounds that emanate from GForce's personal and extensive collection of Chamberlin instruments. If you're not sure what a Chamberlin Instrument is, check out the video below and doff your cap to the genius, Harry Chamberlin, who started the entire tape replay instrument genre.