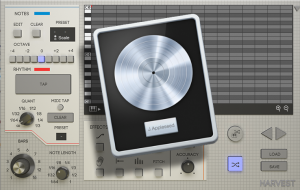 Harvest Plugins has released Harvest Full and Harvest Mini as Audio Unit plugins. Harvest may now be used with Logic Pro X and other DAWs that support the AU format.

This release, which features a few other improvements, is known as Version 1.0.5. The release notes are as follows:

Find Harvest in the KVR Marketplace