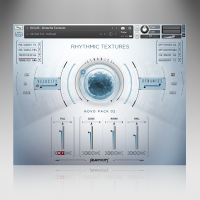 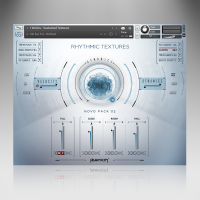 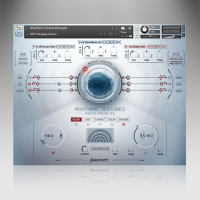 Rhythmic Textures is powered by the Novo: Modern Strings engine. Armed with the organic content from Rhythmic Textures, the ability to create synthetic-style string elements and rhythmic pulses is available quickly and easily. From the modulating capability of the instrument's central Macro Control to the granular sample playback possibilities of Cycle, the Novo engine puts an array of sound-design tools directly into the composer's hands.

As a "powered-by-Kontakt" instrument, Rhythmic Textures offers all playback and sound-shaping functionality through the full version of Kontakt or the free Kontakt 5 Player. Novo Packs offer a diverse array of independent orchestral expansion libraries housed in Heavyocity's Novo: Modern Strings engine. Use of these packs does NOT require the purchase of Novo.

FEATURED
50% Off
AX73Synth (Analogue / Subtractive)
by Martinic  $59.50
Add A Review My KVR
Was $119.00; Save $59.50 until 31 Oct 2021
$59.50Buy
BUYING!XCheckout
The Orchestra Essentials
Orchestra
by Best ServiceSaurus 3
Synth
by Tone2 Audiosoftware
Featured
An Introduction to Paragon ST