IK Multimedia has announced Modo Bass, a new plug-in instrument that uses a physical modeling technology which IK say brings "a completely new level of realism and playability to the world of virtual bass instruments". Its sound synthesis engine allows you to create sound in real time based on the construction and components of the bass combined with the player technique, finesse and the ever-changing dynamic interactions between the two.

Eight years in the making and developed in collaboration with one of Europe's oldest universities, Modo Bass utilizes modal synthesis technology and an optimized sound engine to model each string as a nonlinear resonator where the string's acoustic behavior is determined by its physical parameters as well as by the interaction of the string with fretboard, body and pick-ups of the instrument. The action of the player is then modeled as a nonlinear physical interaction with certain areas on the string surface. Then using IK's analog modeling expertise, the amp and effects rig of the electric bass is added to the sound chain.

At its foundation, Modo Bass is a collection of 12 physically modeled iconic electric basses that span the history of bass sound in recorded music. Each bass has been meticulously analyzed and modeled to capture the true sonic character of the original bass including the shape and type, the wood used for the body and neck, the hardware components like bridge and tuners, even the original onboard electronics and controls are modeled. The sounds available with Modo Bass extend far beyond the 12 modeled basses thanks to its available customization features allowing you to craft virtually every electric bass sound imaginable.

Once you've selected your bass, you can customize virtually everything that contributes to the tone profile. Choose from 3 different playing styles — pluck, slap or pick — and control each influencing the tone of the instrument, the force applied to the strings, direction of the stroke, fingers used to play and how the strings are approached as well as the impact of the thumb slap and finger pull on the string. You can even change the thickness of the pick and style of its attack. Modo Bass even gives you the option to choose the number of strings to define the tonal range of the bass, the construction type and material (round or flat wound), the gauge and even the age of the strings. Plus you can customize the physical action height of the strings above the fretboard.

With Modo Bass, you can choose from 20 available iconic bass pickups that you can swap out, and freely move their physical location under the strings for unlimited playing and tonal variations — a feature virtually impossible to achieve in the physical world.

Modo Bass also comes with 7 bass stomp boxes and two classic bass amplifiers derived from IK's flagship software AmpliTube. You'll have full control over the signal path with a configurable 4-slot pedalboard and send that signal to a classic all-tube amplifier and 1x15 cab or the powerhouse solid-state model with a 4x10 cab. There is also a global bypass feature that allows for bass signal routing from Modo Bass into another amp effects modeling suite like the AmpliTube Custom Shop, expanding your world of sonic options for bass tone shaping and effects.

*All prices excluding taxes.
**Any previous purchase of an IK Multimedia software title with a value of $/€99.99 or more qualifies for crossgrade pricing. 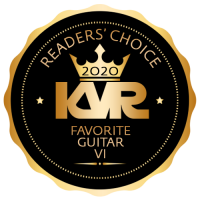