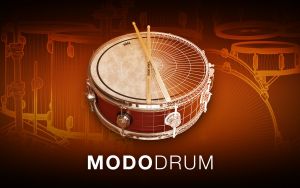 A sequel to MODO Bass, MODO Drum aims to bring musicians of all styles and genres a new level of customization, detail and realism for their drum tracks.

MODO Drum is now available from the IK Multimedia online store and from IK authorized dealers worldwide, including the KVR Marketplace for US customers, for a special introductory price of $/€299.99* for digital download or $/€329.99 for a boxed USB version through August 31st.

As a special thank you, current owners of IK's MODO Bass software who log in will receive an automatic coupon for $/€50 that can be applied to the crossgrade pricing.