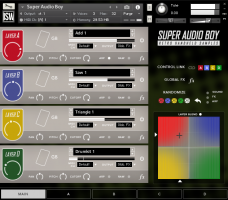 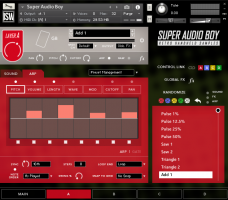 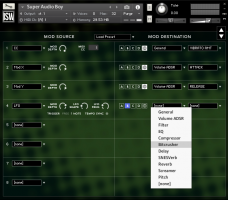 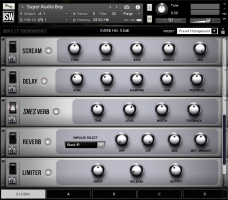 Super Audio Boy is a loving tribute to the handheld video game system that has become a legend in its own right. With well over 100 million units sold, the "GB" needs no further introduction, other than to mention that its sound chip has survived well-after the regular life span of the handheld and spawned multiple entire genres of music.

For this reason, when Impact Soundworks wanted to make a free version of Super Audio Cart, they decided that the GB was the ideal system to use. Super Audio Boy uses the same 4-layer synth, arp, FX, and mod engine from Super Audio Cart, but exclusively features the GB sound sources. Every waveform has been meticulously sampled from the actual hardware - no emulation here - and then carefully edited for use in Kontakt.

With Super Audio Boy, you can easily create authentic GB-style music, modern chiptunes, or take the sounds in a modern direction with the extensive feature set from Super Audio Cart.