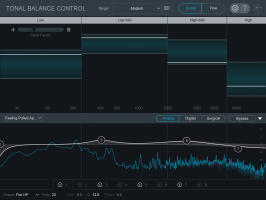 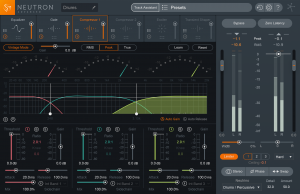 iZotope has announced the release of Neutron 2 mixing console and Ozone 8 complete mastering suite, plus the Music Production Suite.

The Advanced versions of Ozone 8 and Neutron 2 feature the ability to communicate with each other through the new Tonal Balance Control plug-in. This inter-plugin communication puts more power in users' hands, allowing them to achieve tonally balanced, professional mixes and masters that sound great in any listening environment.

Ozone 8 introduces a wealth of new features including:

Neutron 2's innovative new mixing and analysis tools will allow you to achieve a clear, well-balanced mix. Control every aspect of your music, from the visual soundstage of your tracks to the tonal balance of your mix. Highlights include:

Ozone 8, Neutron 2 and the Music Production Suite are all available with introductory pricing until 31st October, including upgrades and crossgrades for existing iZotope product users.