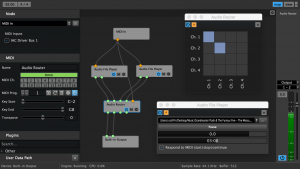 Kushview has announced that the Element Audio Plugin Host is now an open source project. Element is still under active development. The code is hosted publicly on Github and open for community contribution.

Issue Tracking
Over the next few weeks, Kushview will migrate bug/feature reporting to the new public issue tracker. During this time, they will also be detailing the roadmap via Milestones on Github.

Updates
Follow Kushview on KVR & GitHub to stay up to date with the latest news.

Support
If you'd like to see faster updates and bigger releases, consider pledging or sponsoring Kushview on Patreon.

Kushview says "Special thanks to all our Pro/SE license holders and Patrons... Element never would have made it this far without you."