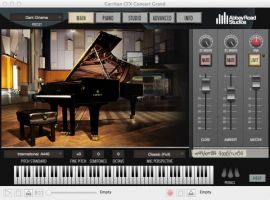 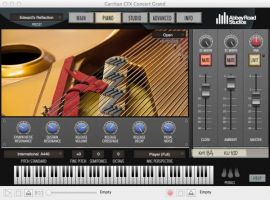 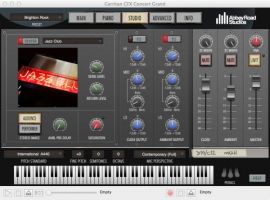 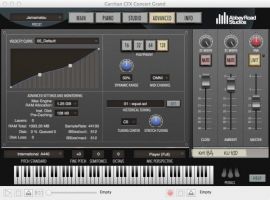 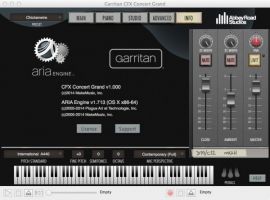 "We are very pleased to announce that we have released the CFX Concert Grand," said Gary Garritan, MakeMusic director of instrumental sciences. "This is the most detailed and advanced project our team has completed. We are honored to have this partnership with Abbey Road Studios, and the support of Yamaha, and are excited about the enthusiastic reaction this virtual piano has received so far. Today we're proud to make an instrument with this kind of power, richness and clarity available to everyone."

The CFX Concert Grand includes the powerful ARIA player, and is designed to be a perfect addition to music notation-based programs, like Finale, as well as to all sequencers and digital audio workstations.

"It's been an absolute pleasure working with Gary and the MakeMusic team on the CFX project," said Mirek Stiles, head of audio products at Abbey Road Studios. "The ability to mix both close and ambient signals, as if you are in Studio One, is simply breathtaking. This beautifully sampled instrument is worthy of the Abbey Road Studios name."

The CFX virtual instrument is now available as a boxed (USB flash drive) version for $299.95. It is AAX, RTAS, VST, and AU compatible, and is powered by the ARIA Player.