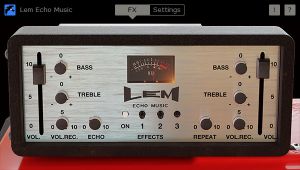 The Lem Echo Music plugin recreates the nostalgic tones of the vintage Italian tape delay effect from Lem. There are also enhanced features not found on the original effect to make this plugin even more customisable when crafting your sound.