Modartt has released Pianoteq 5.1. The update includes an improved binaural algorithm based on a new dummy head model. The KIViR collection of historical instruments has been rebuilt from scratch to include all major improvements of Pianoteq version 5. The D4 Grand Piano is slightly improved by re-voicing.

The binaural algorithm of Pianoteq has been greatly improved by using a new dummy head model, bringing a stunning three-dimensional sound experience. In the Pianoteq Standard and Pro versions, the binaural mode lets a user choose the position of the listener around the piano, rotate the head in any direction or increase its size.

The Pianoteq D4 Grand Piano, where a Steinway D from Hamburg has served as reference, is slightly improved by re-voicing, bringing increased timbre dynamics to the bass range and more transparency to the medium range.

The update from Pianoteq 5.0 to 5.1 and the KIViR collection are free for all Pianoteq customers and can be downloaded from the website. A free trial version is also available. 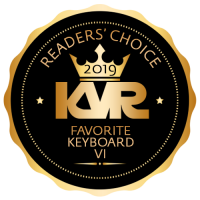