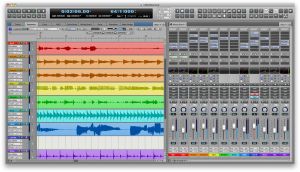 MOTU has finally released the Windows version of Digital Performer, along with an updated (8.0.2) Mac version. Demo versions for both operating systems are available.

New customers can purchase DP for $499.

Version 8.02 provides many improvements, optimizations, and refinements. Here are just a few highlights: